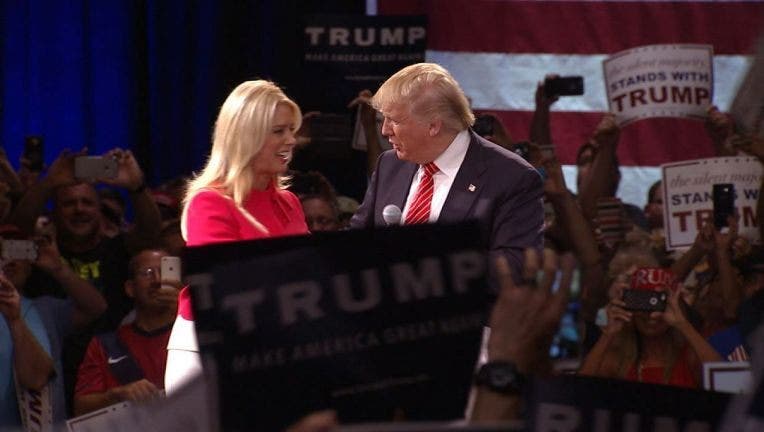 WASHINGTON - The White House is beefing up its communications staff as it tries to grapple with the ongoing House impeachment investigation.

Pam Bondi, the former attorney general of Florida, and Tony Sayegh, a former Treasury Department spokesman, are expected to join the White House communications team to work on “proactive impeachment messaging” and other special projects, a senior administration official told The Associated Press.

The official, who spoke on condition of anonymity to discuss internal staffing, said that the roles would be temporary and that Bondi and Sayegh would be working as special government employees.

The White House has been torn over how best to respond to the quickly moving investigation as they try to defend a president who has always believed that he is his best spokesman.

Some outside allies and some inside the White House have been pushing for a more coordinated response, with some suggesting the West Wing should set up a formal impeachment “war room” like the one former President Bill Clinton used during his impeachment proceedings.

But others have argued that such a move would be unnecessary and wrongly signal that the White House sees the investigation as an existential threat. While the White House believes that Democrats may have enough votes to impeach Trump in the House, which the party controls, they do not believe there are enough votes in the Republican-majority Senate to ultimately convict him and remove him from office.

“I think if this is something intense, but single-focused, albeit temporary, there’s an argument for bringing in a few extra hands and minds onto the team,” she said, comparing the plan then under consideration to the efforts to confirm Brett Kavanaugh to the Supreme Court and to pass the Republican tax cut plan.

Still, she stressed that any effort would be limited.

“The president’s made very clear we don’t need a war room,” she said.

The first round of public testimony will come from a trio of officials: Top Ukraine diplomat William Taylor, career diplomat George Kent and former U.S. Ambassador to Ukraine Marie Yovanovitch. All three have previously testified behind closed doors.

Democrats are investigating Trump’s dealings with Ukraine and whether his requests for investigations into Democratic political rivals as the U.S. was withholding military aid from the country constitute an abuse of power.