An eyesore in downtown Orlando will be taken down Monday to make way for more green space at Lake Eola Park.

FOX 35 was there when crews with the Orlando Land Trust began tearing down the building located at the corner of North Rosalind Avenue and Central Boulevard. The site had been approved for a high-rise project but was later abandoned.

The foundation raised more than $3 million to cover the demolition and ultimately expand the green space at the park. The area will soon see other enhancements such as new landscaping, upgraded lighting, and improved streetscape treatments.

"This was phase one, and we always looked at this as phase one. This was the cornerstone. Without this piece, a 35-story building could be erected, and we did not want that to happen," explained Lynn Long, Orlando Land Trust co-founder.

Crews were careful not to damage the adjacent "City Centre" building, at 205 E. Central Blvd., while also eyeing it as a future target for demolition. 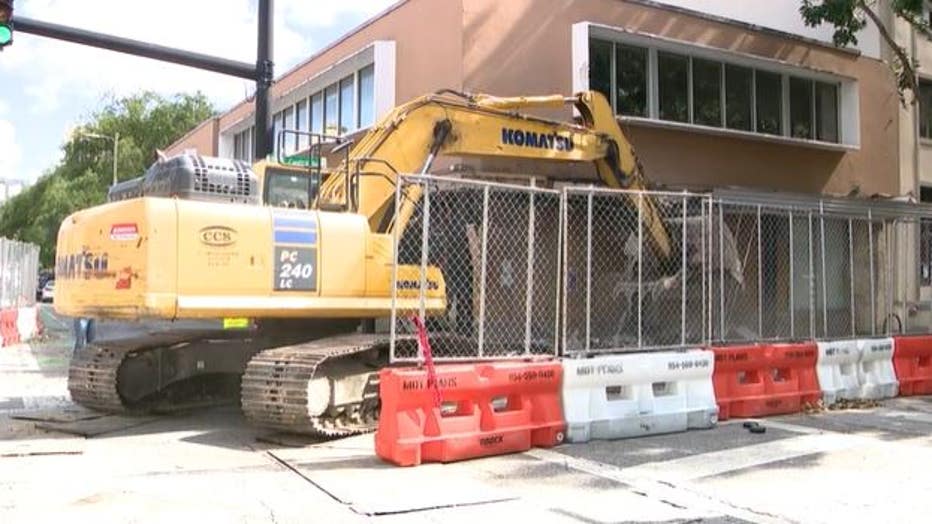 "The way that I look at it, there’s always a price. Someone’s always willing to sell, and I’m hoping as we’ve been so successful with the fundraising to date with this corner that we can continue and go all the way into the park," said Orlando City Commissioner Patty Sheehan.

City officials anticipate "phase one" of the project to be finished by this fall.  For more information on the project, visit the Orlando Land Trust's website.