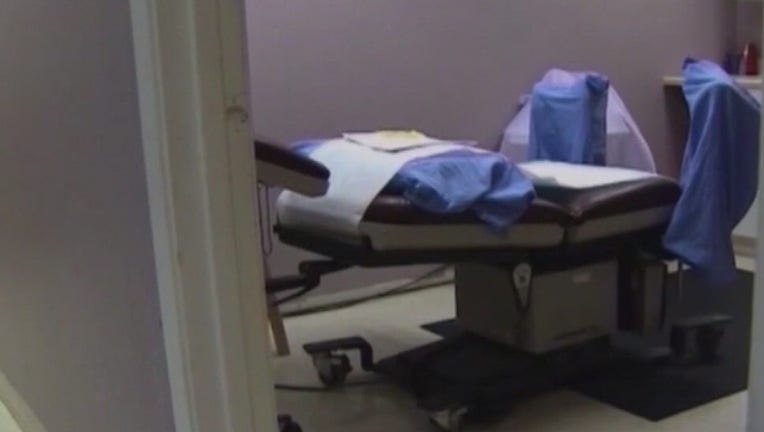 TALLAHASSEE, Fla. - A new state law aimed at protecting patients from unwanted pelvic exams --- sparked by reports of women being subjected to exams while they were under anesthesia ---- has created uncertainty for physicians and nurses.

Two state health-care licensing boards have been asked to weigh in on whether the new law applies to male patients and examinations where body parts are viewed but not touched.

Petitions for declaratory statements were filed this week with the Board of Medicine and the Board of Nursing seeking interpretations of the measure (SB 698), which was signed into law June 19 by Gov. Ron DeSantis and went into effect July 1.

The petitions were filed by some of the state’s largest medical groups, which say the law has left health care providers confused.

The bill prohibits practitioners and medical students from performing pelvic examinations on patients without written consent from the patients or the patients’ guardians. The law includes exceptions in cases where examinations are necessary to avoid substantial and irreversible permanent impairment of major bodily functions or if examinations are court-ordered.

But the law has a broader definition because it’s not limited to females. It includes in-pelvic examinations, external pelvic tissue or organs.

Prior to filing the petition with the Board of Medicine, Scott said the Florida Medical Association requested a meeting with state Surgeon General Scott Rivkees to discuss the issue and seek guidance but never heard back.

“Apparently they are not interested in providing us any assistance so we moved on to somewhere else,” Scott said.

Scott’s organization, which is the largest physicians’ association in the state, asked in its petition that the Board of Medicine consider issuing a declaratory statement making clear that the law doesn’t apply to men and that it doesn’t apply during surgical procedures on the vagina, cervix, uterus, fallopian tubes, ovaries, rectum or external pelvic tissue or when those parts are touched in situations such as insertion of catheters or cleansing the pelvic area after diaper changes.

It also is asking that the board consider making clear that the law does not apply during visual pelvic examinations that may occur to detect a “rash, wound, or another anomaly involving exterior tissue or organs as might occur in any number of situations including visual examination of a newborn baby or even a virtual visit being concluded by telehealth.”

Additionally, the FMA is requesting that if a patient consents once to a pelvic examination, that written consent should be sufficient to cover additional pelvic exams as may be necessary during the course of treatment.

While the law has been in effect for less than three weeks, Jacksonville health-care attorney Chris Nuland said lawyers have been drafting forms for their clients to use to obtain informed consent.

“They all have their little idiosyncrasies,” he said.

And the physicians aren’t alone in seeking guidance. The Florida Nurses Association --- a group that often is at odds with physician associations ---  also filed a similar petition for a declaratory statement with the Florida Board of Nursing.

“They are in the same boat as us,” Scott said of the nurses. “The boat of uncertainty.”

Sen. Lauren Book, a Plantation Democrat who championed the informed-consent requirement, stood behind the policy

“I believe in what this bill is about. I think consent is important,” said Book, a prominent victims’ rights advocate who was sexually abused by a nanny when she was a child. “I think it leads to patient-doctor conversations. I don’t want anybody doing anything without consent.”

She also supports the consent requirement applying to male patients.

But  Book said she understands that  the new law went into effect during the COVID-19 pandemic in which “health care workers are taxed to the max” and said she doesn’t  want to create additional stress or concerns.

She told The News Service of Florida that she is “open to clarification,” regarding what forms should look like and whether the requirement should apply to conditions such as rashes.

Similar to the FMA, Book said she sent a letter to Rivkees on July 6 to discuss the new law and its implementation and also spoke with Rivkees about it.

“My conversation with him was in an emergency situation that the  governor can, at the very least, push pause if need be. And if there is a really serious problem, we are OK with that, too, So that’s kind of where we are,” Book said.

Book heard back from the Florida Department of Health which, on behalf of Rivkees, said there was nothing the department could do to provide clarification.

The Board of Medicine is expected to consider the issue at an Aug. 7 meeting.