Back in June, family and friends gathered to honor World War II veteran Carl Dekle's 100th birthday in Plant City, and he had quite the war stories to share, too.

PLANT CITY, Fla. - Back in June, World War II veteran Carl Spurlin Dekle celebrated his 100th birthday with family and friends by his side in Plant City.

Less than two months later, the proud former Marine and Florida native passed away early Wednesday morning, according to his family.

Dekle's story spread widely online after he spoke with FOX 13, reflecting on his 100 years of service and sacrifice.

"Most important thing in my life was serving my country. I don't think I could take away from that," Dekle had said. "It was an honor for me to serve my country and if I had to do it again and I was the same age. I would do it. I guarantee you."

He joined the Marines in 1940, and deployed to multiple locations overseas throughout World War II. Among his many commendations, awards, and medals, he said the Silver Star was his "pride and joy."

Dekle said he was blessed to be brought home when so many died, and tried not to question why.

He strived to always maintain a positive outlook, and made service his life mission after his time in the military — donating to food banks and participating in his church community. 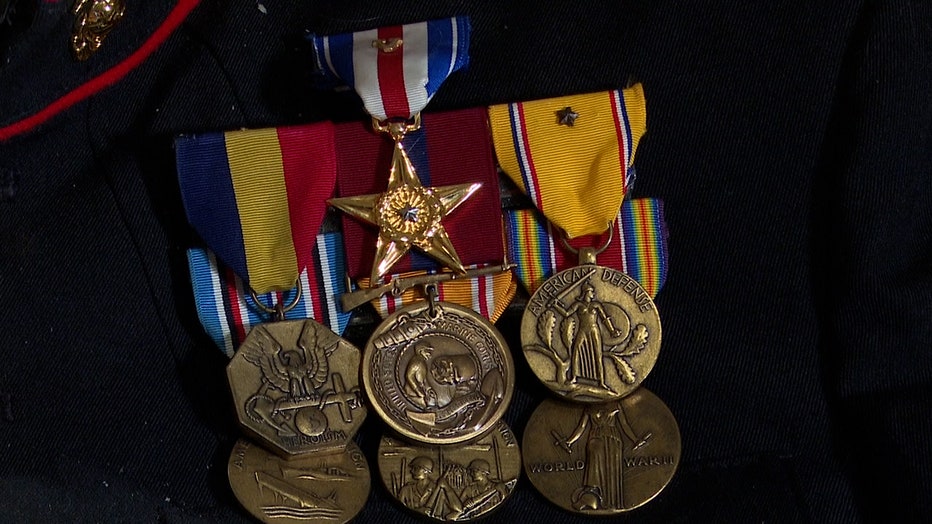 In his interview with FOX 13, Dekle became emotional as he said he hoped current and future generations are able to appreciate the sacrifices of those before them.

"People don’t realize what they have," he said tearfully. "The things we did and the things we fought for and the boys that died for it, it’s all gone down the drain."

But when he reflected on turning 100, his advice was simple: "You just remember everything’s beautiful and live every day to the fullest. Just enjoy everything you possibly can."

Dekle wrote his own obituary before he died.

"Once a Marine, always a Marine," it began. "His desires are to be known for love of his God, Love for his family, Love for his country and the great State of Florida."