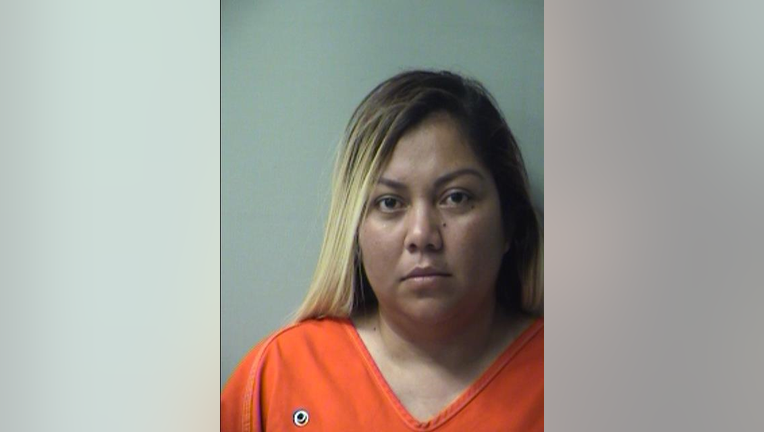 FORT WALTON BEACH, Fla. - A Florida woman was arrested after deputies stopped a 14-year-old for speeding, who had two younger children as passengers. It turned out, officials said, that the woman gave the teen permission to drive.

Okaloosa County deputies spotted the teenager driving 40 mph in a 20 mph zone in the area of Green Street and Clifford Street in Fort Walton Beach. The incident occurred on October 12 around 2:10 p.m.

A deputy conducted a traffic stop, and the teen told them her age and that she had no driver’s license. According to officials, the teen also said she got permission from 31-year-old Araceli Martinez Zamora to drive to a nearby laundromat. She also drove to a restaurant on Beal Parkway.
In the car with her were two children, ages 8 and 10.

Martinez-Zamora was arrested on child neglect charges, as well as permitting an unlicensed minor to drive. Deputies did not specify her relationship with the children.