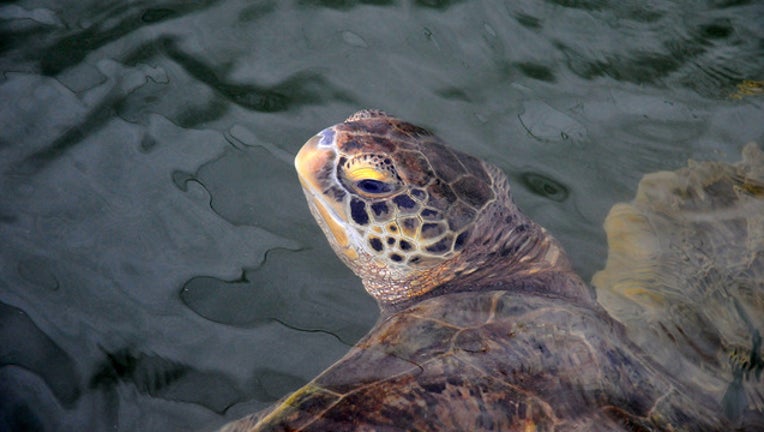 Both men have had previous encounters with the law for mishandling sea turtle eggs, the Palm Beach Post reported.

Bruce Bivins, 63, was spotted putting objects he dug out of the sand into a dark bag as he walked on Singer Island, a Florida Fish and Wildlife Conservation Commission affidavit said. An officer later stopped Bivins, who was in a truck driven by Carl Cobb, 63, the affidavit said.

Bivins and Cobb were each charged with unlawful possession of more than 11 sea turtle eggs, which is a third-degree felony.

Jail records didn’t list an attorney for either man.

In 2018, Cobb was sentenced to seven months in prison after a conviction on two counts of transporting sea turtle eggs, the newspaper reported.

Bivins was sentenced to 90 days in jail for misdemeanor possession of marine turtle eggs in 1997. He was arrested in 2009 after he was found carrying a bag of 119 turtle eggs. The state didn’t pursue charges in the case, the Post reported.