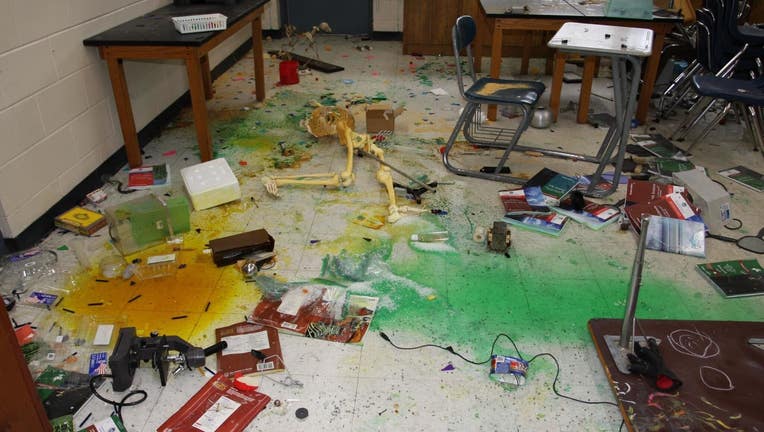 PALATKA, Fla. - Three Florida teens are facing multiple felonies after the 14-year-old trio reportedly broke into a Palatka middle school campus causing close to $100,000 in damages to the facility on Sunday.

Around 4 p.m. Palatka firefighters saw three teenagers running from Jenkins Middle School after responding to a call of smoke in the area, according to the Putnam County Sheriff's Office.

Police officers and deputies arrived at the school and found extensive damage to most of the buildings including the city-owned gym. Deputies said several windows and security cameras were broken and damaged. The teens also allegedly discharged 17 fire extinguishers, damaged toilets and left sinks overflowing with water.

One of the school's youth resource deputies was able to identify the teens after reviewing security footage that captured the incident shortly before the cameras were destroyed.

Deputies said the school's alarm system mysteriously did not trigger during the incident.