Florida teen in coma after being hit by train, family says

The family of a teen hit by a train in Edgewater Monday spoke exclusively to FOX 35 News. Heleyna Showalter, 14, is now in serious condition at the hospital.

EDGEWATER, Fla. - The family of a teen hit by a train in Edgewater Monday spoke exclusively to FOX 35 News. Heleyna Showalter, 14, is now in serious condition at the hospital.

The family isn’t sure what happened but said it was an accident. They think the eighth-grader may have been wearing earbuds when the train hit her. Now they’re asking for the community’s help during a tough time.

Her family describes Heleyna as a loving girl who cares for everyone around her. "She’s that mother hen, that girl who really wants to help everybody that she can. She’s just a true, true sweetheart," Rebecca Shwanke, Heleyna’s aunt, said.

Shwanke said Heleyna told her mom she was going to meet her friends at the park Monday. They think she turned around when she realized her friends weren’t at the park and she was walking along the train tracks, possibly wearing earbuds and unable to hear, when a train hit her. The family spoke to the train conductor.

"He said that he saw her turn, look at him, and tried to jump off, but missed obviously and did not get off in time," Schwanke said. 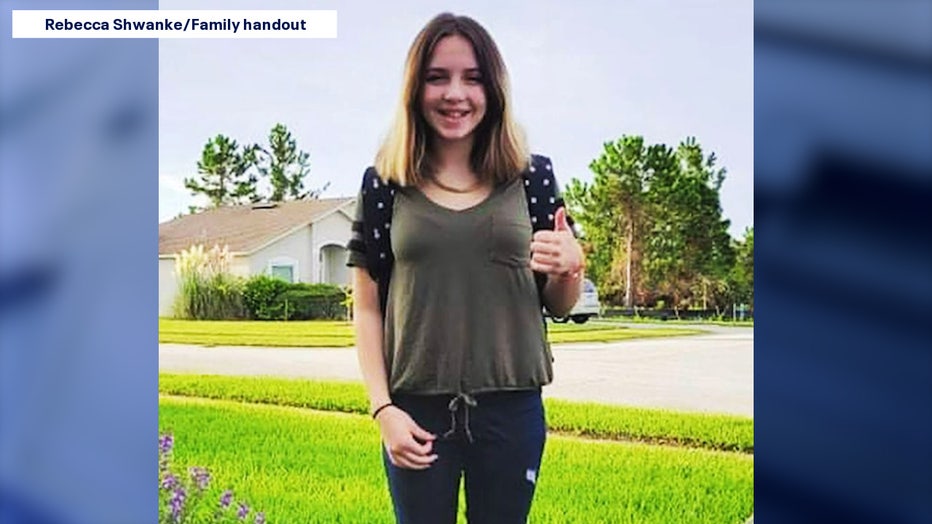 Heleyna Showalter, 14, is in serious condition at the hospital after being struck by a train, her family tells FOX 35 News.

The family thinks the train hit the lower half of her body while Heleyna was trying to get out of the way. She’s now in a coma in the hospital. Schwanke said she found out about what happened to her niece through a news article.

"I got halfway down the article and there was her name. I lost it and started crying," she said.

Schwanke doesn’t know what her niece’s future looks like but said there will be a long road to recovery, and the family is anticipating a lot of medical bills. She set up a go-fund-me page in her niece’s name. She hopes others will donate to the family during the difficult time. 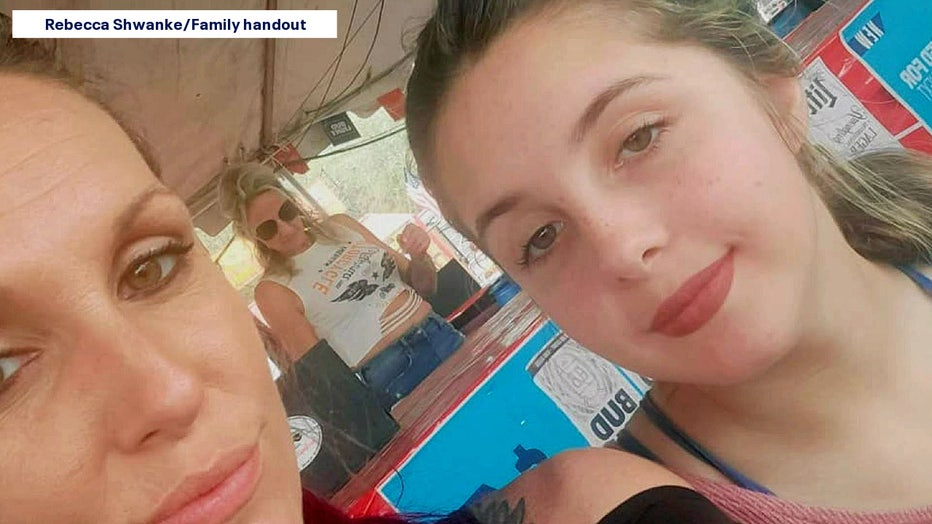 Heleyna Showalter, 14, (at right) is in serious condition at the hospital after being struck by a train, her family tells FOX 35 News.

"It was a true, true accident and I know her so well that I know it would not have happened if maybe there were precautions set up," Schwanke said.