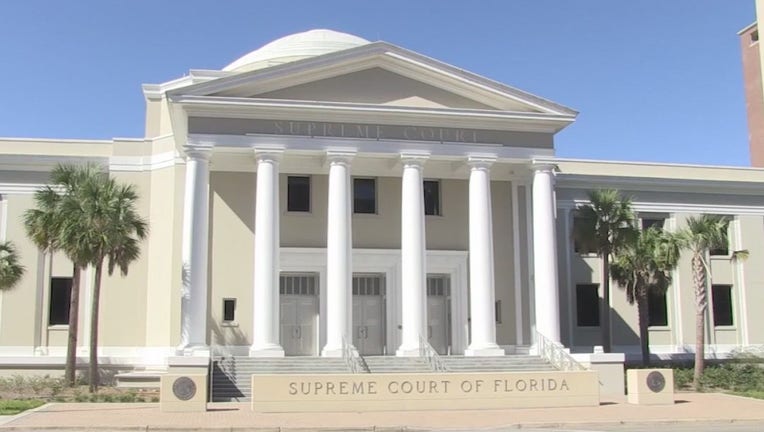 TALLAHASSEE, Fla. - The Florida Supreme Court on Monday agreed to hear a constitutional challenge to a 2016 state law that put new requirements on life insurance companies to determine whether policyholders have died and to contact beneficiaries.

Four insurers went to the Supreme Court last year after a divided 1st District Court of Appeal upheld the law. The Supreme Court issued an order Monday saying it would take up the dispute, though it did not set a date for oral arguments.

The case centers on a law that requires insurers to search what is known as the "Death Master File" or another comparable database annually to determine whether policyholders have died. The Death Master File is a database run by the federal Social Security Administration.

The law applied the new requirements retroactively to policies dating back as far as 1992.

A panel of the 1st District Court of Appeal, in a 2-1 decision, upheld the law in June. That decision overturned a ruling by former Leon County Circuit Judge Terry Lewis, who had agreed with the insurers that the retroactive part of the law was unconstitutional.

The appeals court majority said the insurance industry’s "selective use" of the Death Master File in the past spawned investigations and lawsuits. Companies were accused of routinely using the Death Master File to identify people whose deaths would end annuity payments, while not as promptly identifying people whose deaths would require payouts of insurance policies.

"As to insurance proceeds, it is clear that some, if not many, insurers nationwide and in Florida were not complying with their pre-existing obligations to ensure that life insurance contracts were handled with consumers’ interests in mind," appellate Judge Scott Makar wrote in an opinion joined by Judge M. Kemmerly Thomas. "Rather than vigilantly using the DMF (or some other equivalent or substitute) to track possible deaths of holders of life insurance, many insurers used the DMF only as a means to curtail annuity payments when an annuity recipient died. The investigations, litigation, and settlements in the industry nationwide over the past decade about the practices at issue in this case, which need not be recounted in detail, provide the foundation for remedial statutes enacted in many states, including in Florida, to formally rectify industry practices harmful to consumers."

But three insurance-industry groups have filed notices about plans to submit friend-of-the-court briefs supporting the insurance companies. They argued, in part, that the additional requirements would hurt small and mid-sized life insurers.

"This is especially true regarding older policies issued before modern technology was available to store information required to complete the new search and contact requirements," attorneys for the American Council of Life Insurers wrote. "Complying with the act’s requirements as applied to these older policies will be impracticable, if not impossible for many of ACLI’s (the council’s) members. Imposing the act retroactively will also increase costs. Increased costs mean higher prices for consumers, rendering small value life insurance policies prohibitively expensive for many lower-income consumers."