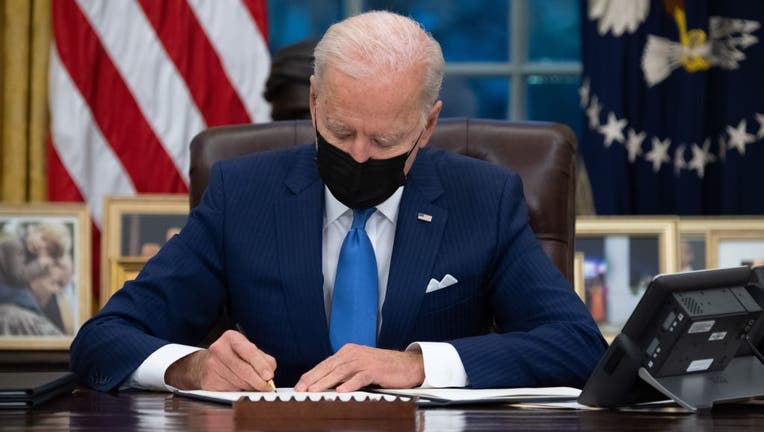 MIAMI, Fla. - The state of Florida is suing President Joe Biden’s administration over new directives that have halted detentions of some immigrants who have served time in prison.

Florida’s Attorney General Ashley Moody said on Tuesday that the new guidance has resulted in immigration officials declining to take custody of people who have served sentences for burglary, drug trafficking and other crimes.

"Convicted criminals that would have been deported under past administrations, including President Trump, even President Obama, are now walking free in Florida," Moody said in a video posted on YouTube. "These policy reversals make us less safe."

The complaint seeks to halt new directives issued by Immigration and Customs Enforcement on Feb. 18 that prioritize deporting people who pose national security threats or have been convicted of more serious crimes. Then-President Donald Trump’s administration arrested and removed anyone in the country illegally regardless of criminal history or community ties.

Florida’s complaint follows a similar action filed by Arizona last month that Montana joined on Tuesday. That lawsuit was originally filed to stop a 100-day moratorium on deportations, one of Biden’s first actions to undo Trump’s immigration policies. The moratorium was blocked by a federal judge in Texas.

RELATED: Biden aims to legalize millions of immigrants as a priority

The Department of Homeland Security, which oversees ICE, did not immediately respond to a request for comment.

Moody says releasing and not deporting these immigrants could result in more crimes and cost the state more in law enforcement resources.

The complaint outlines seven cases where ICE officials declined to take custody of immigrants after the Florida Department of Correction contacted them before their release from state custody. It also says the new directives are affecting county sheriffs who work with ICE to hand over those who are detained and suspected of being in the country illegally.

The memo issued by ICE last month states that "agents are to consider the extensiveness, seriousness and recency of criminal activity" when evaluating if they pose a public safety threat and therefore should be a priority for deportation.