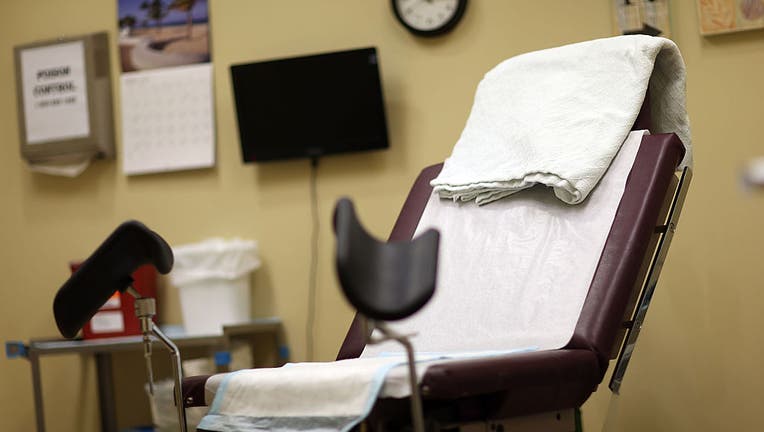 FILE IMAGE - An examination room is seen at a women's reproductive health center that provides abortions on May 7, 2015, in a city in South Florida. (Photo by Joe Raedle/Getty Images)

TALLAHASSEE, Fla. - After the House passed the measure last week, a bill that would prevent abortions after 15 weeks of pregnancy is poised to go to the full Senate.

The Senate Appropriations Committee on Monday voted 13-6 to approve the bill (HB 5), which is similar to a Mississippi law that is being reviewed by the U.S. Supreme Court.

Committee Chairwoman Kelli Stargel, a Lakeland Republican who is the Senate sponsor of the bill, said the viability of babies has gotten earlier since the landmark Roe v. Wade abortion-rights ruling in 1973.

But Sen. Audrey Gibson, a Jacksonville Democrat who voted against the bill, cited a need for freedom.

The Republican-dominated House approved the bill in a 78-39 vote along nearly straight party lines.