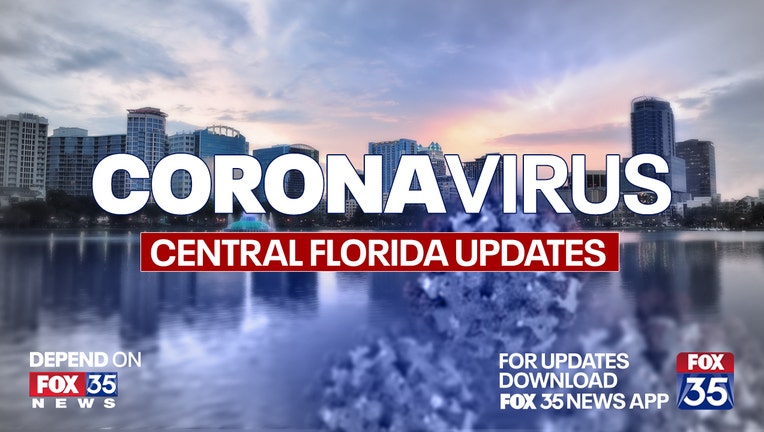 LAKE MARY, Fla. - The Florida Department of Health says the number of known cases of COVID-19 in the state rose by 5,143 on Wednesday. According to the state's daily update, the total number of cases in Florida is now 2,021,656.

As of Wednesday, Orange County was fourth statewide in total cases reported since the start of the pandemic at 121,173 and a total of 1,169 deaths.  In Orange County, 262,039 total people have been vaccinated with 126,661 completing the vaccine series.

Across the state, the number of Florida resident deaths has reached 32,850, an increase of 94 since Tuesday's update. In addition, a total of 630 non-Floridians have died in the state.

The state is not reporting a total number of "recovered" coronavirus patients.

As of Wednesday, the number of Floridians currently hospitalized for a primary diagnosis of COVID-19 was 2,883, with the state reporting a total of 82,997 hospitalized for treatment at some point.

The recent positivity rate of the state population reported by the Florida Department of Health has hovered around 6%.

Vaccination efforts continue across the state with 5,205,239 having received at least one vaccine dose. Of those, 2,666,831 have completed the two-dose vaccination series for Pfizer or Moderna, while 186,836: People who had received one-dose Johnson & Johnson vaccine.