Lt.Cmdr. Thomas Judd usually works at the VA Hospital in Lake Nona, but now he's nearly a thousand miles away in New York helping the city beat the coronavirus.

Manhattan's Jacob Javits convention center is now filled with hospital beds, a makeshift field hospital set up by the US Navy. Judd, a registered nurse, remembers getting called to duty at his home in Oviedo.

“I didn't find out till I got here that I was going to work at the Javits Center,” Judd said. The naval reservist says he hadn't been to the Big Apple since 1987. Now he's helping New Yorkers get back on their feet after being sick with COVID-19. He said patients are sent to the Javits Center after treatment in the city's other over-burdened hospitals and they usually stayed there for four or five days.

Judd says he feels good seeing patients off, after their last clinical stop on the road to recovery, but do to that, he's had to leave central Florida behind - including his wife, Michele. 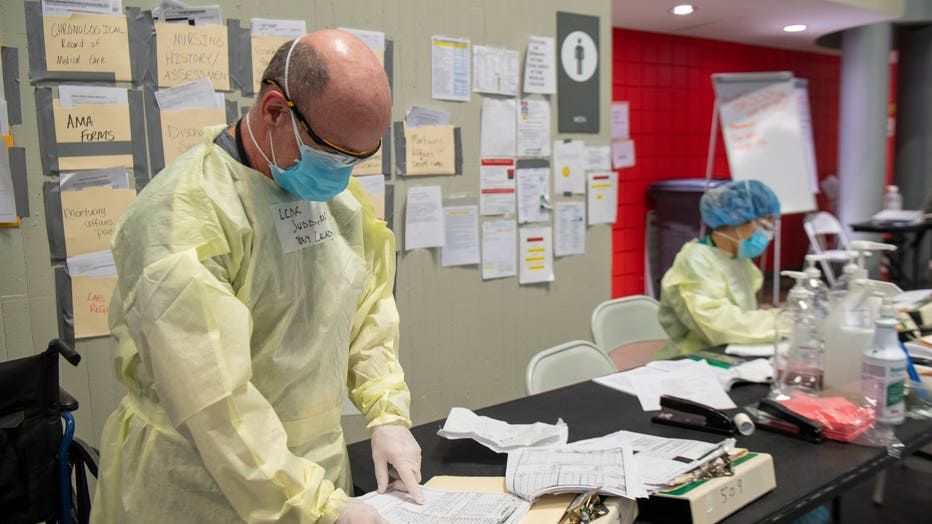 Michele Judd said Thomas had been deployed before, to the Middle East and Japan, but she says it's never easy. “It is an emotional thing for both of us. I think sometimes it's harder for me because he's doing the job he needs to do.”

She understands the work he’s doing though. Thomas Judd said we could beat this if we all worked together. “All our small parts will combine into one big part, and we will get over this.”

Judd says he thanks the VA for their support during these hard times and says he'll be back once his mission was accomplished.