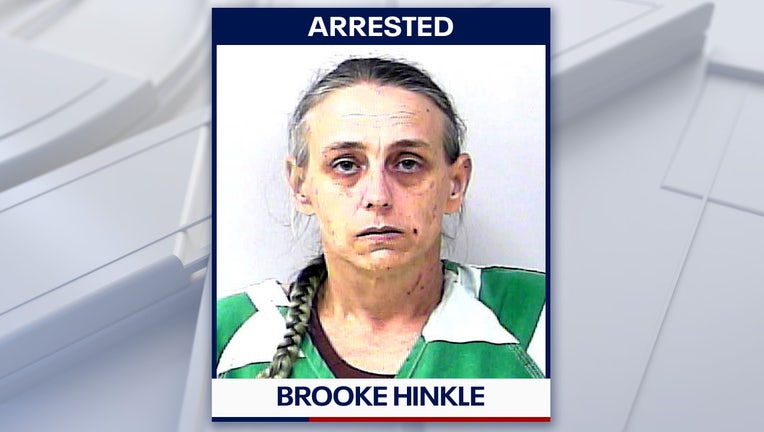 PORT ST. LUCIE, Fla. - A Florida student was arrested last week over an alleged "kill list," while her mother was taken into custody on unrelated charges, authorities said.

The St. Lucie County Sheriff's Office on Thursday said the 14-year-old West Gate K-8 student in Port St. Lucie was arrested after authorities found a "kill list" on the teen’s phone. Fox News is not naming the student because she's a minor.

"After an anonymous tip on Tuesday afternoon, school faculty notified deputies of a list of eight juveniles’ names on the student's phone that was labeled as a ‘kill list,’" Chief Deputy Brian Hester said. "The parents of these juveniles have been contacted."

During the investigation, deputies searched the girl's home and while they didn't find any weapons, they allegedly found evidence of "deplorable living conditions," authorities said. The sheriff's office also alleges that cocaine and drug paraphernalia were "in plain view," at the residence.

As a result, the girl's mother, Brooke Lynne Hinkle, 40, was arrested and charged with child neglect, possession of cocaine, and possession of drug paraphernalia, according to the sheriff's office.

FLORIDA MAN ACCUSED OF CALLING 911 TO HAVE METH TESTED FOR AUTHENTICITY, AUTHORITIES SAY

The girl was taken to the Department of Juvenile Justice for processing. Hinkle was booked into the St. Lucie County Jail and held on a $6,250 bond.

"We continue to have a positive working relationships with the Sheriff's Department and both have the same goal in mind of keeping students and staff safe," St. Lucie Public Schools said in a statement, according to West Palm Beach's WPTV-TV.

LINK: Get updates on this story from FOXnews.com.