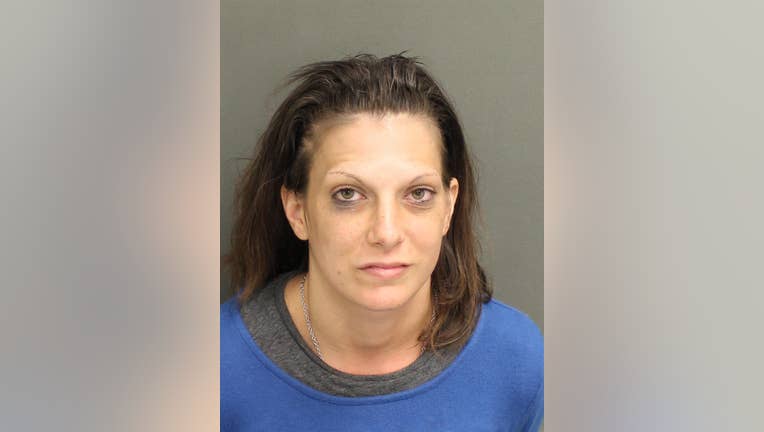 ORANGE COUNTY, Fla. - A mother is facing several charges after Orange County deputies say she tried to steal merchandise from a Gucci store in Orlando and then ran when security was called, leaving her child behind.

Jenna Hainey, 33, was arrested on Wednesday.

According to an arrest affidavit, Hainey was shopping in the Gucci store at the Orlando Premium Outlets on Vineland Ave. with her child and a small black dog. A shift manager reportedly told deputies that he spotted her putting merchandise into her purse. The manager called security, but Gainey had already left the store.

Security searched the area and spotted Gainey at the Jimmy Choo store. The security officer reportedly asked her to give the stolen merchandise back and wait for authorities to arrive. That's when they say she fled the scene and ran toward the parking lot, leaving her child behind.

A deputy spotted Gainey in the parking lot and led her back to the property's security office where she was arrested.

Gainey reportedly had over $2,000 in stolen items in her possession, including a Gucci shirt, sweater and belt.

She's facing charges of grand theft, neglect of a child and contributing to the delinquency of a minor.