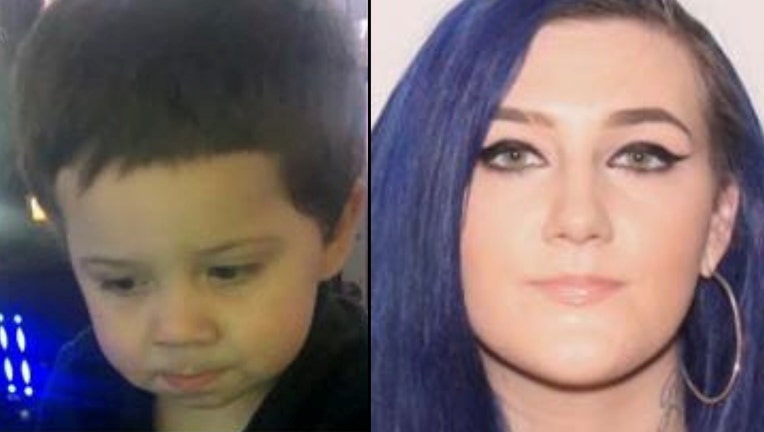 Giovanni Oquendo has been found safe. No other information has been given.

The Florida Department of Law Enforcement (FDLE) has issued a Missing Child Alert for a 1-year-old Pasco County boy.

He may be with 20-year-old Kaylee Maurer. The two could be traveling in a 2016 black Nissan Versa with the Florida license plate LRFT56.

Giovanni is described as about 3-feet tall with brown hair and brown eyes. He was last seen wearing a white T-shirt, dark-colored shorts, and tennis shoes with “Paw Patrol” characters that light up.

Mauer is a white female, 5-feet 7-inches tall and weighing 175 pounds. She has blue hair, blue eyes, and multiple tattoos.