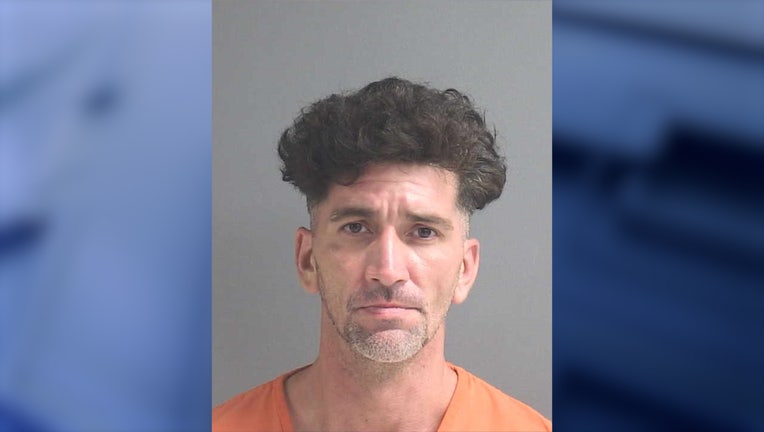 ENTERPRISE, Fla. - A 47-year-old Volusia County man is facing an attempted murder charge after deputies said he swung a hatchet at his 77-year-old landlord – who is also his boss – and shot him in the face Tuesday night.

The Volusia Sheriff's Office said Fredie Vale, who lives in a barn apartment on the victim's property, pulled up in his vehicle and approached his landlord with a hatchet at his side. Deputies said Vale threatened to kill his landlord, and swung the hatchet at him, causing the 77-year-old to fall to the ground.

"The victim told deputies Vale then jumped on top of him and attempted to strike him with the hatchet," the sheriff's office said in a news release. "The victim dodged, blocked and kicked Vale to get him to stop."

At that point, authorities said Vale got off his landlord, went to his apartment, and came back with a pistol. At first, deputies said Vale tried to shoot the landlord, but it didn't fire. He tried again, and the gun fired, striking the landlord on his cheek. Vale then ran to the apartment, as the victim ran inside his home, where his wife was inside cooking, and called police. While inside, the couple said they saw Vale drive off.

After nearly three hours of searching for Vale, deputies found him at a Walmart on Howland Boulevard in Deltona, and he was taken into custody. He's currently being held without bond.

The landlord, who is expected to be OK, told detectives that he and Vale had a good relationship and that he has known him for four or five years. Vale was also an employee of the landlord. The couple allowed Vale to move onto their property about two years ago because he was down on his luck, the sheriff's office stated.