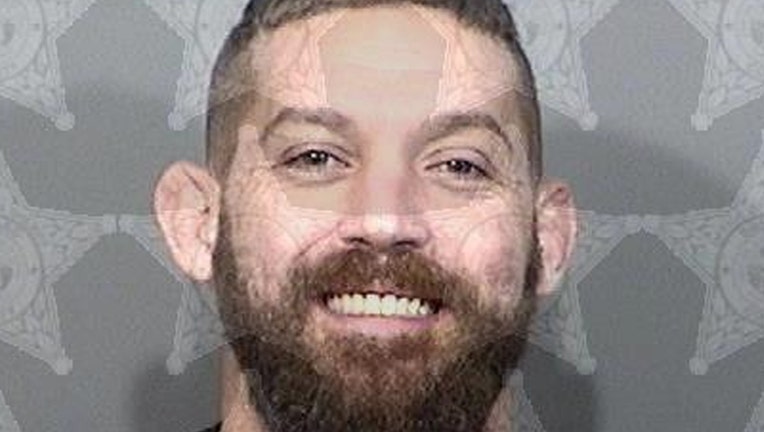 BREVARD COUNTY, Fla. - A Florida man, who claims to be a professional mixed martial arts fighter, was arrested for DUI despite offering deputies free classes for a month if they him go.

The Brevard County Sheriff's Office said that deputies observed Calen Holcomb, 34, driving a white pick-up truck on North Atlantic Avenue on Monday. They said that he was attempting to back into a parking spot and almost backed into a building. Upon making contact with him, they observed him stumbling and he smelled of alcohol. He also had red, bloodshot, and glossy eyes, they said.

Holcomb reportedly refused to complete a field sobriety exercise and test of his breath. He was placed under arrest for driving under the influence.

However, during the encounter, deputies said that Holcomb made several statements that he is a trained professional mixed martial arts fighter. He said that if the deputies let him go, he would let them attend a month of his classes for free. He reportedly offered this multiple times while being arrested and transported to jail. They said he also made several offers to cause physical harm to other suspects of law enforcement cases for deputies as payment.

During his trip to jail, deputies said that Holcomb had mood swings and was combative.

According to the arrest report, he faces charges for Driving Under the Influence (DUI) and Bribery Of or By Public Servant.