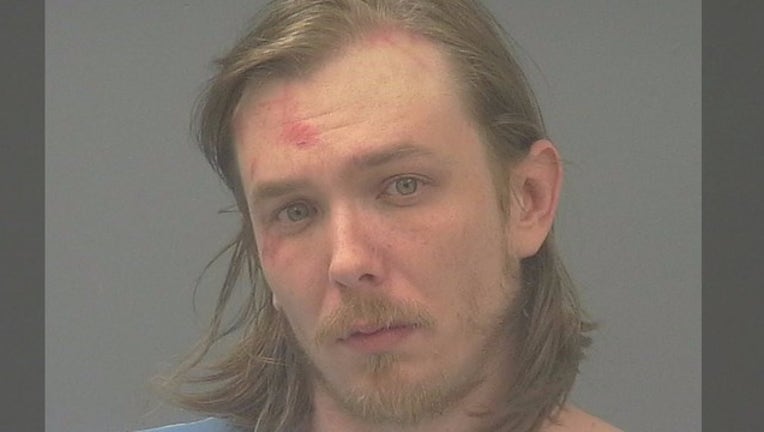 MILTON, Fla. (FOX 35 WOFL) - A Florida man was arrested after cutting a man with a machete-style knife just moments after he was heard threatening to kill someone with "kindness," a News Journal reports.

According to the Pensacola News Journal, 30-year-old Bryan Stewart is accused of using a knife to cut his neighbor after the neighbor came to the home because he was concerned about the occupants in the house. The word 'kindness' was written on the knife.

The News Journal goes on to say that a neighbor reportedly heard yelling and banging at his neighbor's house. Another neighbor, the victim who was cut, said that around midnight, he could hear Stewart say to someone in the house that he was going to "kill 'em with kindness."

When the first neighbor approached the house to tell Stewart to keep it down, Stewart reportedly came out of the house with a knife raised in an upward motion, states the News Journal. This is when the victim was cut, as he stepped in front of the man and blocked Stewart's attempted knife strike.

The News Journal says that the victim suffered a half-inch cut on his left hand.

Stewart was reportedly arrested. Deputies say that his breath smelled of alcohol. He had to be stunned with a taser in order to be detained inside the patrol car, states the News Journal. They also stated that Stewart had to be hobbled after he kicked and banged his head inside the car.

Stewart was reportedly charged with aggravated assault with a deadly weapon without the intent to kill and aggravated battery. He is in jail on a $20,000 bond.