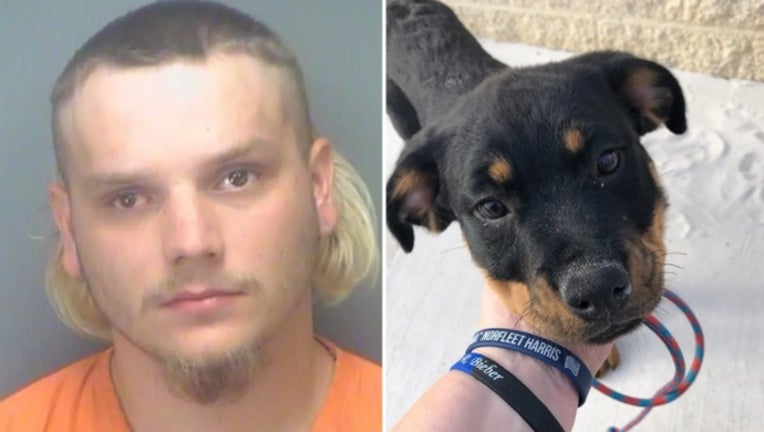 CLEARWATER, Fla. - A Florida man arrested after kicking a puppy in the face at a beach on Monday told police that he was upset with the pup for eating food that didn’t belong to it, authorities said.

When officers confronted Counts, police said they found a charcoal grill, which is illegal at the beach, and two open containers of alcohol, which violates a city ordinance.

Police said that having a dog at the beach also violated a city ordinance.

Counts was taken into custody and booked into the Pinellas County Jail on a charge of cruelty to animals, police said.