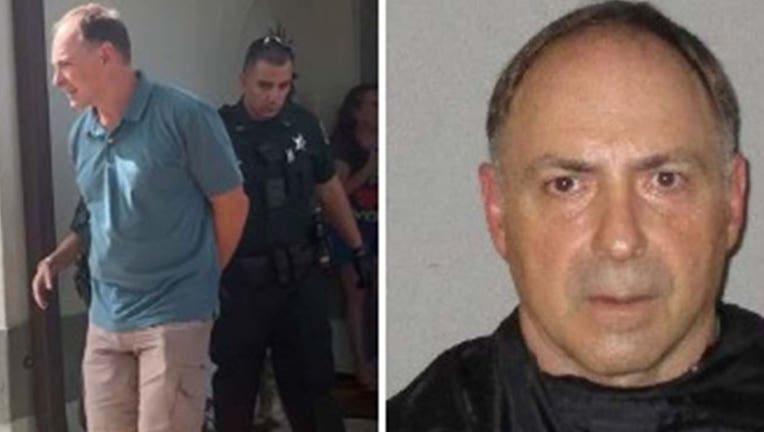 FLAGLER COUNTY, Fla. - A Flagler County man is behind bars after deputies say he molested the child of his deceased girlfriend.

Phillip Martin, 53, was arrested on Thursday. The investigation into his alleged behavior began in July when deputies from the Flagler County Sheriff's Office responded to a call about the inappropriate behavior.

During the investigation, the 11-year-old victim reportedly told deputies that Martin had been touching her inappropriatedly for over a year. Martin is the former boyfriend of the child's deceased mother.

Deputies say Martin was allowed to continue visiting the child after the mother's passing and that the abuse occurred during the visits when her grandparent's left the room. The victim also told deputies that she would try and pull away, but that Martin would pull her back and restrain her.

Authorities met with Martin weeks later at his home in Palm Coast. During questioning, Martin reportedly admitted to inappropriatedly touching and groping the child.

"The reason he gave for his behavior was that he found her attractive and derived gratification from the acts," the sheriff's office said in a press release.

A warrant for his arrest was signed on Nov. 7 and he was taken into custody.

“I am very proud of our team for getting this pervert off of the streets and behind bars before he could hurt this child any further,” Sheriff Rick Staly said. “It is sad that he would take advantage of this child knowing that her mother had recently passed and traumatized this child again. The damage that he has done to this girl can never be undone.  I hope he spends the rest of his life in jail where he belongs.”

Martin was booked into the Sheriff Perry Hall Inmate Detention Facility. He'ss charged with Lewd and Lascivious Molestation on a child under the age of 12 and is being held with no bond.