A Florida man is facing charges for allegedly using an improvised explosive device to blow up someone's mailbox over a dispute about landscaping fees.

BREVARD COUNTY, Fla. - A Florida man is facing charges for allegedly using an improvised explosive device to blow up someone's mailbox over a dispute about landscaping fees.

According to the arrest affidavit, neighbors in Brevard County called 911 on Thursday night, May 19, after witnessing an explosion of a mailbox on their street in Merritt Island.

The report, citing an EOD (Explosive Ordnance Disposal) member, said the force of the explosion bent a street sign located next to the mailbox and sent shrapnel roughly 50 feet away.

Another person said the device was considered to be a "manufactured destructive device," which could include a bomb, grenade, pipe bomb, etc., and was "not put together hastily."

According to the report, the homeowner told deputies that he was sitting on his bed when he "heard a loud explosion go off" and "saw his mailbox blown up." He said he moved into the home 48 hours earlier and "was informed that the people who moved out…owed the landscaper money." 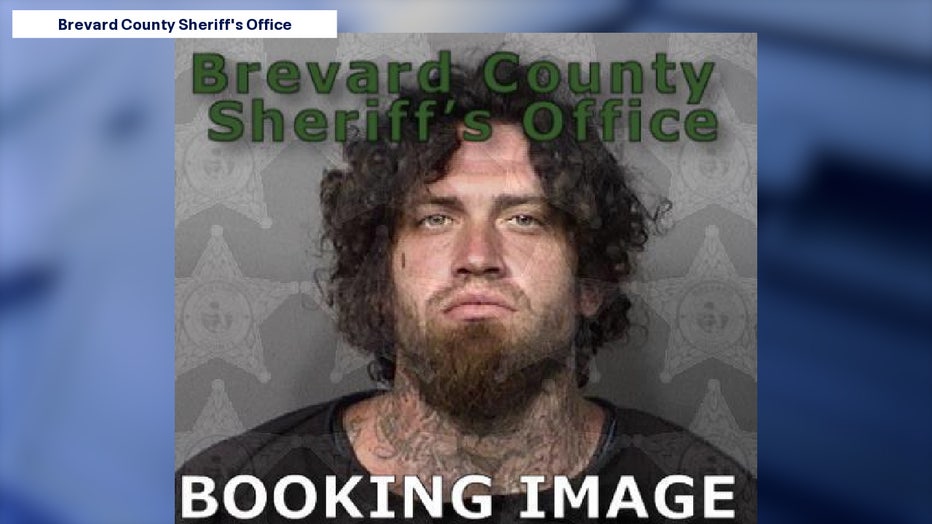 Neighbors said Dusek, who reportedly managed lawn care for some neighbors in the neighborhood, believed he was owed money from the previous homeowners, though the quality of his work was questioned, according to the report. One neighbor was unaware the previous neighbors had moved out.

Another neighbor said Dusek called to collect money and was told to stop by another day, but showed up at the house the same day. He left, stopped at a nearby mailbox, which then exploded, according to neighbors' accounts and surveillance video.

It is unknown if Dusek spoke to deputies after his arrest.