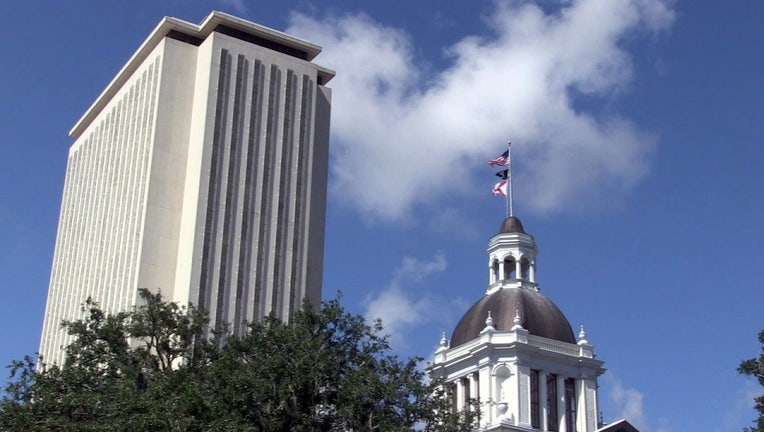 TALLAHASSEE, Fla. - Florida lawmakers will vote Monday on a record $112.1 billion state budget for the 2022-2023 fiscal year, up 10.4 percent from a spending plan approved for the current year.

House and Senate negotiators finished reaching an agreement Thursday, though a missed deadline will force the legislative session to extend until Monday for the votes. The session had been scheduled to end Friday.

The agreement came after negotiators decided Wednesday to use $3.47 billion in federal stimulus money to cover a wide range of expenses. Lawmakers are expected to debate the proposed budget Friday in advance of the Monday afternoon votes.

To a round of applause, Rep. Bryan Avila, a Miami Springs Republican who is a top lieutenant to Speaker Chris Sprowls, announced the proposed budget had been placed on members’ desks at 1:53 p.m Thursday.

"And the 72-hour clock has begun to run," Avila said, referring to a legally required 72-hour "cooling off" period before lawmakers could vote. Because of the cooling-off period, the budget would have needed to be done Tuesday for a Friday vote.

"We build on the efforts that began last year to infuse a steady stream of funds into affordable housing programs, wastewater projects, including septic-to-sewer conversions, and to mitigate sea-level rise," Senate President Wilton Simpson, R-Trilby, said in a prepared statement. "We provide more than $300 million for affordable housing, with $100 million to focus on down-payment assistance for our hometown heroes --- teachers, health care workers, law enforcement and others."

Senate Appropriations Chairwoman Kelli Stargel, R-Lakeland, said the state will use the one-time federal funds to invest $400 million into broadband expansion and $1.47 billion --- with another $470.8 million from the state --- for construction and maintenance projects in the education system.

"Floridians will see the impacts of these one-time, generational investments for years to come," Stargel said in a statement. "This funding will not only create jobs in our local communities but also help develop the educational, transportation, environmental and public safety infrastructure our state needs as we continue to grow."

Sen. Audrey Gibson, D-Jacksonville, said there is "more positive than not," though she singled out $10 million that the budget includes for a reactivated Florida State Guard. DeSantis proposed the reactivation of the state guard, which was a defense force set up during World War II to replace Florida National Guard members who were deployed abroad.

"There's some things with funding that I couldn’t support, the state guard (reactivation)," Gibson said. "But overall, in terms of getting things into our communities, the health-care focus is good. … of course, I always want a little bit more."

The Florida Education Association teachers union called a nearly $1.7 billion increase for education "a great investment in our students" but said the plan does not fully address salary issues that contribute to staffing shortages.

"The state Department of Education estimates that we may soon have 9,000 teacher vacancies, and at last count, there were more than 5,000 vacancies for support staff such as bus drivers and paraprofessionals," union President Andrew Spar said in a statement. "Retaining and recruiting teachers and staff must be a top goal."

The budget will lead to a $15 minimum wage for state employees and workers in other places such as nursing homes that receive Medicaid funding. The package also includes a 5.38 percent across-the-board pay increase for state workers, with the minimum salary of state law enforcement officers going to $50,000 and the pay of state firefighters, correctional, and probation officers starting at $41,600 or $20 an hour. For juvenile justice detention officers, the pay will start at $19 an hour or $39,520 a year.

In environmental spending, $885.9 million is earmarked for Everglades restoration, $782.4 million is for water quality improvements, and $125 million for a wastewater grant program.

Another $29.6 million is slated for citrus protection, research, and recovery programs, as the state’s signature crop continues to struggle with issues such as the deadly citrus greening disease.