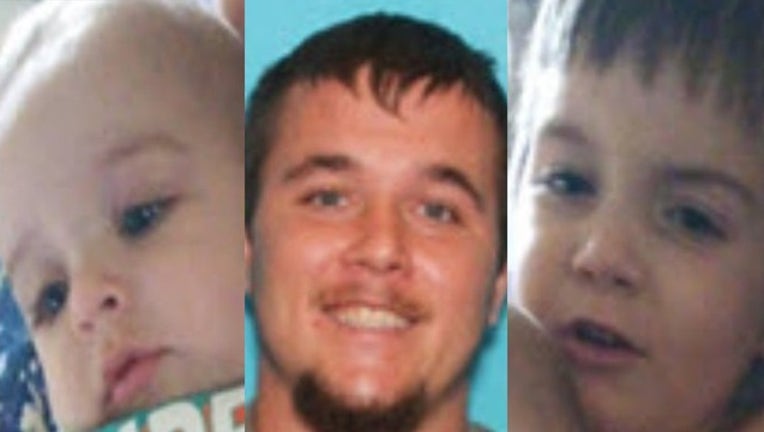 The boys have been located.

The Florida Department of Law Enforcement say  5-year-old Casen Page and 7-month-old Caden Page were last seen in Bonifay in Holmes County in the area of Highway 2. Authorities believe they may be traveling with Joseph Page, 25, in a white Ford Escape with the Florida license tag 0768TW.

The vehicle has an FSU sticker on the back and a FSU tag on the front.

According to Holmes County investigators, he abducted the children Wednesday evening. They said he gained access to the home of their babysitter by pretending to be a Holmes County deputy.

Then, officials said, he forced his way into the home, striking the homeowner at the front door.

He was last seen in the area of Jackson and Calhoun counties. Authorities said he has pre-existing warrants out for his arrest, including for felony child abuse. It's unclear whether the alleged abuse involved his children.

Anyone with information on their whereabouts or if you spot the SUV, call 911 or the Holmes County Sheriff's Office at 850-547-3681.