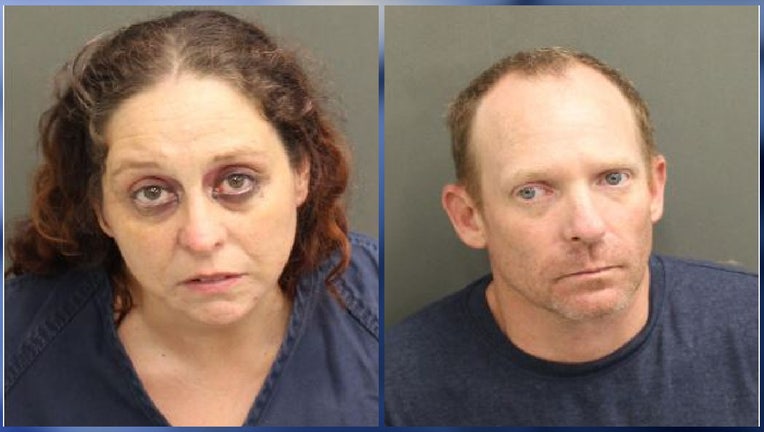 ORLANDO, Fla. - A husband and wife in Florida have been arrested on human trafficking, prostitution, and sex charges involving a teenage girl, according to the arrest affidavit.

According to the arrest report, the Mitchells met a boy and a girl at a CVS in Clearwater, Florida, who reportedly ran away from home weeks earlier and wanted a ride back to Orlando. The man and woman offered to give them a ride, according to the report.

On the way back to Orlando, sex acts were allegedly performed in the car.

According to the report, Adriene, who admitted to posting ads on websites and renting hotel rooms for sex, later brought the teenager to an apartment where they both met with two "clients." The husband and wife reportedly admitted in an interview with detectives to regularly renting rooms at various hotels in Orlando and Kissimmee for commercial sex, which is illegal in Florida.