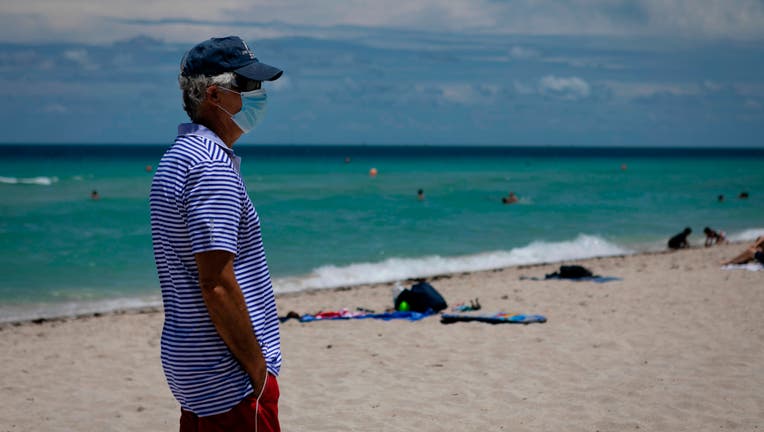 TALLAHASSEE, Fla. - Planning work to address flooding from rising sea levels, similar to how the state maps out road and bridge projects for five years, is being considered by the new Republican leaders of the Florida House and Senate.

“We need to identify our most vulnerable areas, where the need is,” Simpson said. “And it's not like we don't have engineers that can tell us that around the state and develop a priority list.”

Their comments, which came after they were sworn in to lead the House and Senate for the next two years, represented a further evolution in the position of Florida Republicans about climate change. But environmentalists said the GOP leaders are not going far enough.

“They're acknowledging the need --- how can you not in Florida acknowledge the need to start making our communities more resilient?” Florida Conservation Voters Executive Director Aliki Moncrief said. “But they still sort of have their heads deliberately in the sand when it comes to tackling what's actually causing the problem in the first place.”

Before a legislative organization session Tuesday, Florida Conservation Voters sent a letter to Sprowls and Simpson urging the creation of a joint committee on climate change to look beyond the issue of coastal flooding by delving into economic and social impacts and reducing greenhouse gas emissions.

MORE NEWS: President Trump will not be spending Thanksgiving in Florida

“We need to stop treating our environmental budget like a giant pork-barrel buffet. We need to bring the same long-range planning and strategic discipline to our environmental programs that we bring to our transportation work plan,” Sprowls said. “We need to stop fixating on land purchases as the sole measure of conservation and embrace the spectrum of priorities from beach renourishment to septic tank conversion to flood mitigation.”

“Part of the land acquisition strategy is to make sure that we’ve got resilient shorelines, that we are protecting places that protect people, that prevents flooding,” Moncrief said.

Tuesday’s comments by the House and Senate leaders came less than two years after Republicans in Tallahassee, led in part by Sprowls, started to reverse nearly a decade of refusing to acknowledge climate science or even saying the phrase “climate change.”

A Senate staff analysis for the 2020 legislative session said a Southeast Florida work group dealing with climate-change issues has projected Southeast Florida could see sea-level rise from 1 to nearly 3 feet over the next 40 years, while a Tampa Bay advisory panel estimated waters in that region could go up 1 to 2.5 feet in 30 years.

“In the U.S., sea level rise and flooding threaten an estimated $1 trillion in coastal real-estate value, and analyses estimate that there is a chance Florida could lose more than $300 billion in property value by 2100,” the staff analysis said.

A little over a year ago, when Gov. Ron DeSantis employed a chief resilience officer to build a statewide strategy to prepare Florida for the economic, physical and environmental impacts of climate change, Sprowls said Republicans needed to stop being afraid of words like “climate change” and “sea level rise.”

The comments Tuesay were not the first time a legislative leader has ruminated on using the transportation five-year work plan as a blueprint for environmental projects.

MORE NEWS: Interactive map shows your risk of catching COVID-19 at an event

That came as Florida voters in 2014 approved an amendment to the state Constitution that requires 33 percent of documentary-stamp tax revenues collected on real estate transactions to go into what is known as the Land Acquisition Trust Fund.