Rescue workers in Florida saved a dog that got stuck in a deep hole. Fortunately, the dog was reportedly very friendly and was happy to see the firefighters that descended into the hole.

The South Walton Fire District posted about the incident, which occurred last Wednesday, to its Facebook page. It has not been reported how the dog initially became trapped in the hole.

According to the post, the SWFD Squad 3 arrived on the scene around 3 in the afternoon, along with District Chief 2. The firefighters immediately got to work assessing the air quality of the hole.

"Once the space was deemed safe to enter, firefighters placed a ladder into the hole and attached our rescuer to a safety line," the post states. 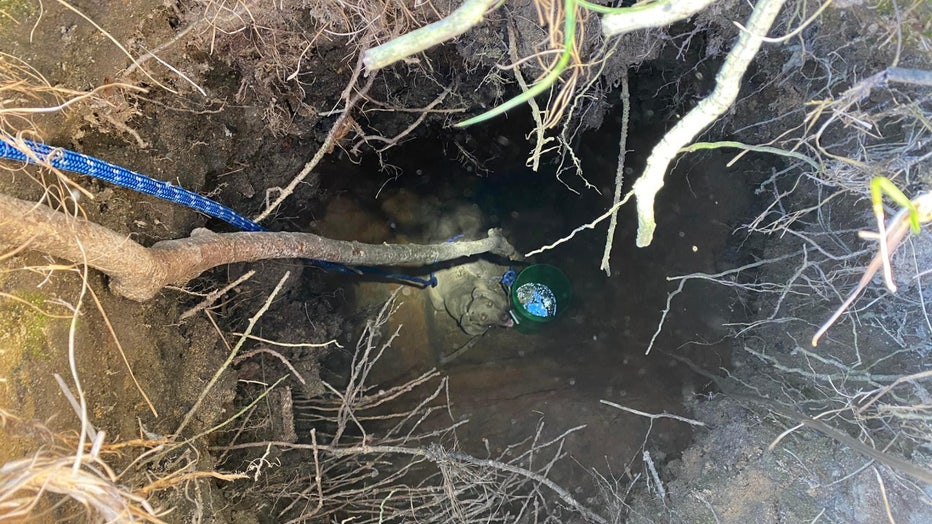 It continues, "The firefighter descended the ladder and made contact with the dog, who was very friendly, then used webbing to build the dog a safety harness."

Once the dog was secured, the firefighter was able to climb back up the ladder with the animal in tow. The pair was able to fit through the opening with the help of other rescue workers.

"Thankfully, the dog was in good condition and did not appear injured," the post continued. "Walton County Animal Control and Walton County Public Works responded to the scene to evaluate the dog and fill the hole following the rescue."

Images on the fire department’s Facebook page show a dump truck full of dirt arriving on the scene to fill in the hole to prevent any other animals or people from falling in.