SANFORD, Fla. - A Sanford firefighter charged in connection to the Capitol riots in Washington pleaded not guilty in federal court on Friday.

Andrew Williams, a 32-year-old firefighter and paramedic, is facing one count of unlawful entry of a restricted building and one count of disorderly conduct on Capitol grounds.

In court documents, the FBI asserts that it has obtained two videos and one still picture of Williams inside the Capitol on Jan. 6. According to the filing, in one of the videos, Williams allegedly turns the camera on himself and then a voice can be heard saying, "We are storming the Capitol. Yeah baby!" 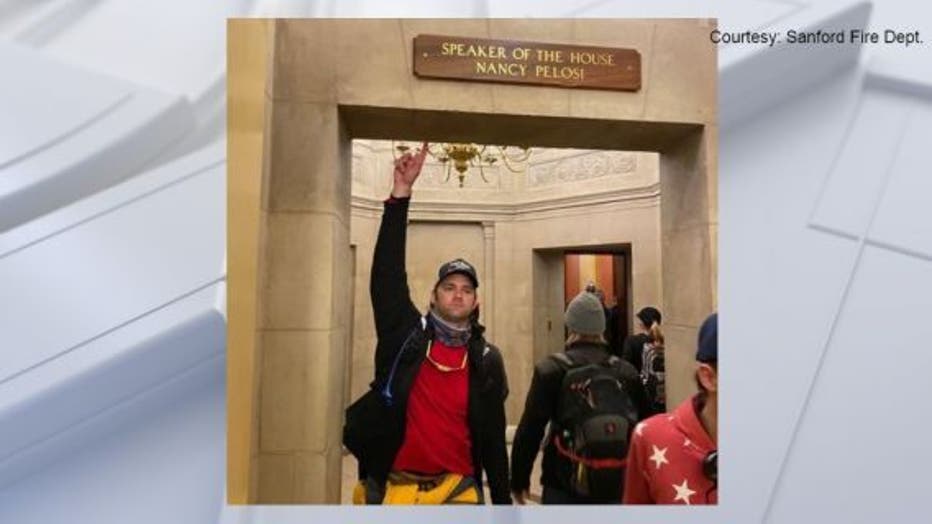 "We hold the men and women in this department to the highest standards. It saddens me that the actions of one individual have tarnished the hard work and dedication that the rest of the department puts forth on a daily basis," said Sanford Fire Chief Craig Radzak. "Our investigation will continue in conjunction with the current federal criminal investigation.  As is policy with any type of policy violation, including a criminal violation, an internal administrative process must be followed in order to ensure a thorough investigation with a just conclusion. I ask for the public’s patience as we move through this process."

"The IAFF stands firmly against the violence at the US Capitol.  There is no place for attacks against the institutional foundations of our nation such as those on January 6.  These are serious allegations that are, and will continue to be, under investigation by the proper civil and administrative authorities."

The Sanford Fire Department placed Williams on administrative leave without pay shortly after his arrest.

The government did not seek to have Williams held in custody pending his trial.

Magistrate Judge Michael Harvey ruled that Williams remain released on his own recognizance under a number of conditions, including that he stay away from Washington, D.C., undergo mental evaluations and be tested for substance abuse.

Harvey set a status hearing in the case for April 1 at 11 a.m.