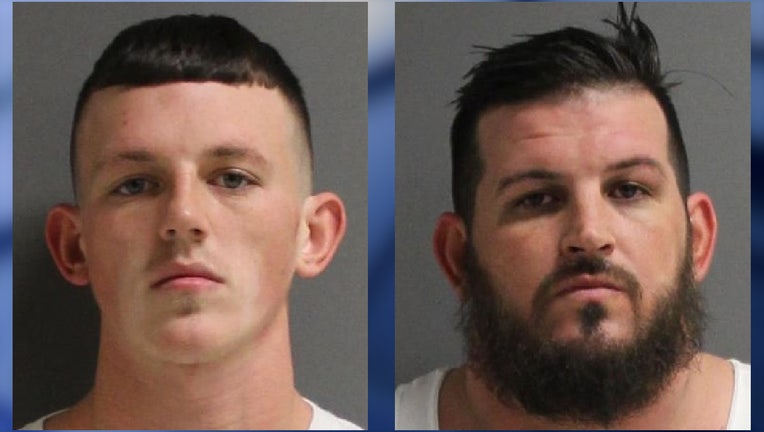 Photos are courtesy of the Volusia Sheriff's Office

VOLUSIA COUNTY, Fla. - A father and son are wanted after they allegedly beat a Lake Mary man at a wedding reception in Lake Helen Saturday night.

Joel O’Grady, 38, and his son Julian Falkinburg, 21, both of Sanford are wanted on charges of aggravated battery for a fight that left a man seriously injured, according to the Volusia County Sheriff's Office.

The father and son are accused of striking the man in the head and face multiple times and also kicking him after the man became unresponsive, deputies said.

The two men allegedly left the area before deputies arrived.

The man was then taken to the hospital to be treated for his injuries, deputies said.

Both O’Grady and Falkinburg have extensive violent criminal histories. If you recognize them, call 911.

You can also call anonymously through Crime Stoppers of Northeast Florida: 888-277-TIPS (8477) with eligibility to receive a cash reward, deputies said.