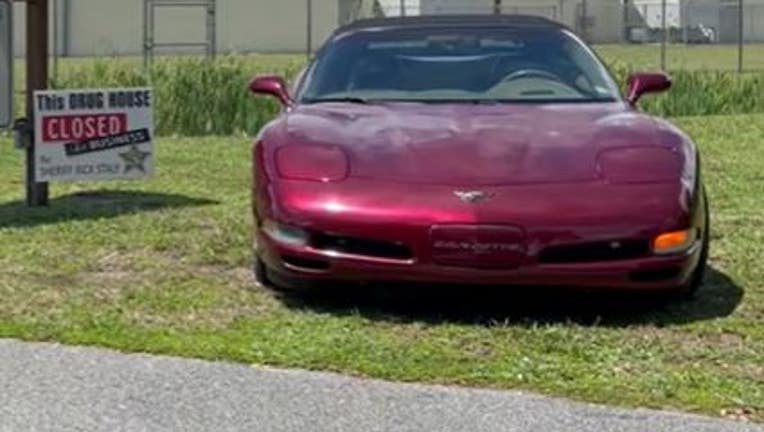 FLAGLER COUNTY, Fla. - A suspected Florida drug dealer not only lost his freedom but his 2003 Chevrolet Corvette after being busted with large amounts of fentanyl, according to the Flagler County Sheriff's Office.

Christopher McDaniel, 42, was arrested after a concerned citizen called about him sleeping in a vehicle. The sheriff's office says that McDaniel’s fled the area when deputies arrived but was eventually caught. They say a search of the vehicle found trafficking amounts of fentanyl and $2,691 cash.

McDaniel was arrested for trafficking fentanyl, possession of drug paraphernalia and resisting and officer. His 2003 50th Anniversary Edition Corvette is now up for auction at GovDeals.com.

Deputies say they seized a 2019 Nissan Maxima back in April belonging to 44-year-old Andre Harvey after he attempted to burglarize the home of his estranged wife and threatened her. They say this prompted a county-wide manhunt which eventually ended with Harvey being arrested. During a search, deputies say they found fentanyl and cash in his vehicle.

"Between these two poison peddlers there was enough fentanyl to kill 15,000 people."

"Not only do we close down poison peddler businesses but we will also seize their vehicles," Sheriff Rick Staly said. "Between these two poison peddlers there was enough fentanyl to kill 15,000 people."

Sheriff Staly has a message for anyone looking to sell drugs in his town.

"If you don’t want to be on the Sheriff’s High Interest Target list, then I suggest you get the hell out of Flagler County because we are coming for you next, your profits and your vehicles."