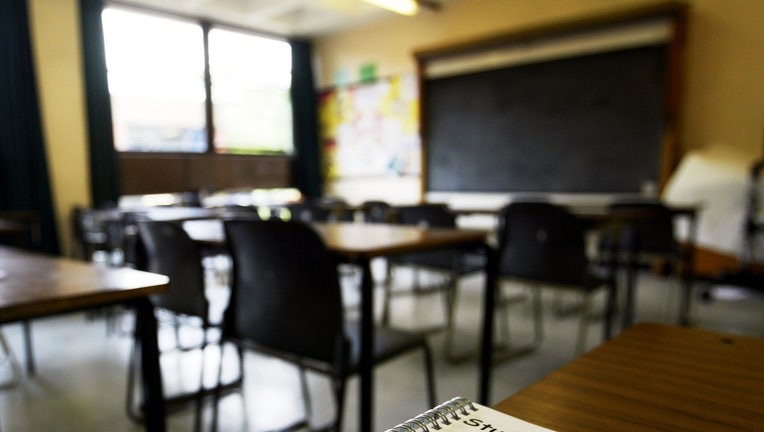 The 7-4 ruling by the 4th District Court of Appeal said the wording in a referendum that excluded charter schools from receiving a share of increased property-tax revenues violated state law. The decision reversed a 2-1 decision by a panel of the court in April.

Through 43 pages of majority, concurring and dissenting opinions Wednesday, judges battled about the issues, with one dissent describing parts of the majority opinion as "judicial hocus pocus" and "bait and switch."

The 2018 referendum asked voters to approve a property-tax increase for issues such as school safety and teacher pay, saying the money would be "dedicated for operational needs of non-charter district schools." Charter schools are public schools that are typically operated by private entities.

After voters approved the ballot measure, two charter schools, Academy for Positive Learning and Palm Beach Maritime Academy, and two parents filed a lawsuit against the Palm Beach County School Board arguing that charter schools were entitled to a portion of the money.

After the April panel ruling against the charter schools, the issue went before the full appeals court in what is known as an "en banc" proceeding. Wednesday’s majority opinion said charter schools could not be shut out of the voter-approved funding because of part of state law that said charter-school students "shall be funded as if they are in a basic program or a special program, the same as students enrolled in other public schools in the school district."

The opinion also said that the wording in the ballot measure that prevented charter schools from receiving money was "severable" --- essentially meaning that it can be disregarded --- and that the rest of the referendum could remain in "full force and effect."

But dissenting judges lambasted the majority for deciding that the referendum could remain in effect and for deciding to take up the case en banc.

They argued, in part, that allowing the referendum to remain in effect violates the will of voters, who thought they were casting ballots on a measure that would exclude funding for charter schools. Judge Robert Gross described it as an act of "judicial hocus pocus"

"Rather than taking that principled approach and acknowledging the only proper remedy is the referendum’s invalidation, the majority has instead rewritten the referendum and pulled a bait-and-switch upon the voters of Palm Beach County," Gross wrote in a dissent joined by Judges Martha Warner and Melanie May. "By judicial fiat, the majority has imposed a levy for the benefit of charter schools that the voters never approved ‘by local referendum or in a general election’ as required (by a section of state law)."

In a separate dissent, Judge Cory Ciklin pointed to the majority "ignoring the will of 528,089 Palm Beach County voters who participated in a countywide election. Not this court nor the School Board nor the charter schools can legally agree to severing and striking the non-charter limitation from the 2018 referendum as if the sanctity of voter intent is of no concern and one that can be blithely cast aside as nothing more than an unimportant annoyance."

But Klingensmith, in an opinion concurring with the majority, wrote that Palm Beach County School Board had made clear that it thought the disputed charter-school part of the referendum could be severed.

"I share the concerns raised by my dissenting colleagues about judges re-writing voter referendums, and acknowledge their condemnation of court-sanctioned voter disenfranchisement," Klingensmith wrote. "However, it should be emphasized that the drafters of the ballot language in question --- the elected representatives overseeing the Palm Beach County School District --- have expressly indicated to this court that it is, and was, their intention (through severability) that this court address any legal flaws inherent in the language, and to do so without striking down the entire referendum. This court is rarely presented with such a clear and unquestionable expression of a drafter’s intent as we have in this case."

Funding for charter schools has long spurred debate in the Legislature. Amid the Palm Beach County legal fight, Republican lawmakers in 2019 passed a measure that said charter schools should get a proportionate amount of such property-tax dollars for operational needs. But the 2019 change was not retroactive, and Wednesday’s decision focused on state law as it stood in 2018.