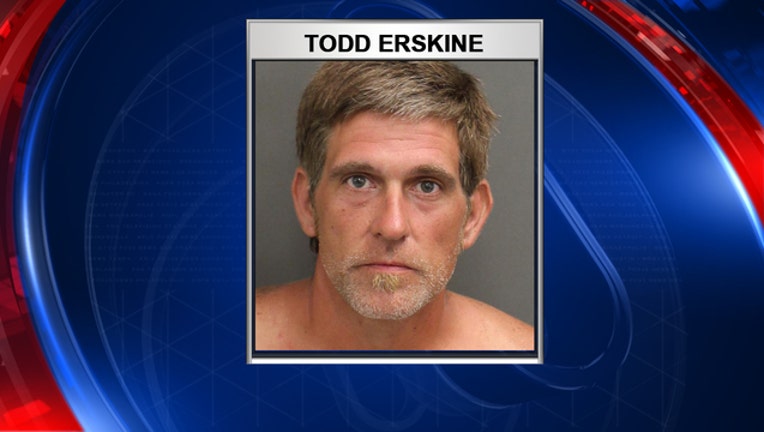 ORLANDO, Fla. (AP) - A Florida man is accused of carjacking and pistol-whipping a 74-year-old woman who offered to give him a ride from a home improvement store.

Orange County Sheriff's spokeswoman Jane Watrel says 42-year-old Todd Erskine tried to carjack an 82-year-old woman at gunpoint in the same Home Depot parking lot moments earlier on Sunday afternoon. She refused to give him her keys and he ran.

Once inside the other woman's minivan, he pistol-whipped her and forced her out of the vehicle.

A deputy spotted the van and after a short pursuit, used a tactical maneuver to disable it. Watrel says Erskine is expected to face carjacking charges.

The carjacking victim was taken to a hospital with injuries not considered life-threatening.