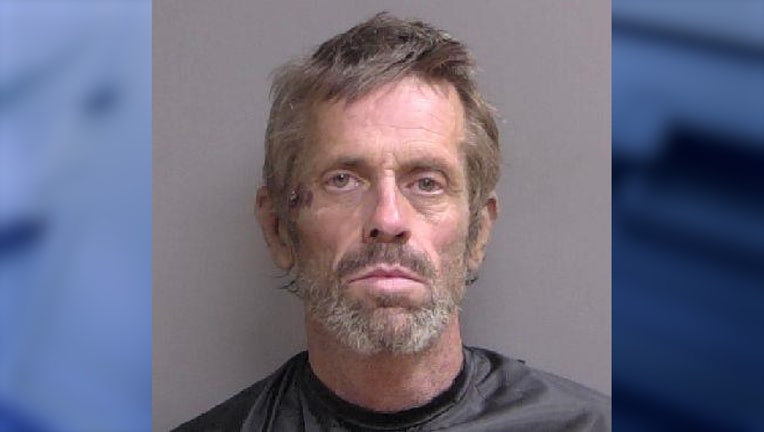 FLAGER COUNTY, Fla. - A 53-year-old man who was riding a bike in Flagler County was arrested after a deputy found enough fentanyl on the man to kill 4,000 people.

Deputies arrested James Donald Forbes Jr. on Tuesday around 9 p.m. after he was spotted riding his bicycle on the wrong side of the road with no reflectors, deputies said.

When asked if he had any weapons on him, Forbes said he had a knife on him. During the pat down, the deputy noticed an "unusual number of bulky items" in Forbes' right pants front pocket. Forbes told the deputy it was money and lighters.

The deputy asked Forbes is he had drugs on him, and he pulled out a "bottle cap and an O-ring." Forbes threw the bottle cap away from the deputy's patrol car in an attempt to tamper with evidence, deputies said.

After searching Forbes' pockets, the deputy found a green plastic container in his right front pants pocket with two separate plastic bags, each filled with four grams of fentanyl.

Forbes was charged with trafficking fentanyl and possession of methamphetamine.

Forbes has been booked 12 times at the Flagler County Jail since 2013, according to deputies.