A baseball coach at Seminole High School who was recorded using profane language in a post-game video last year was later terminated from his coaching job. A day after FOX 35 News aired a report where the coach apologized for his actions, he was reinstated by the school district.

SEMINOLE COUNTY, Fla. - A baseball coach at a Florida high school lost his job after video showed him giving a profanity-laced victory speech to his team. However, several weeks later, the coach has been reinstated, the school's principal announced. 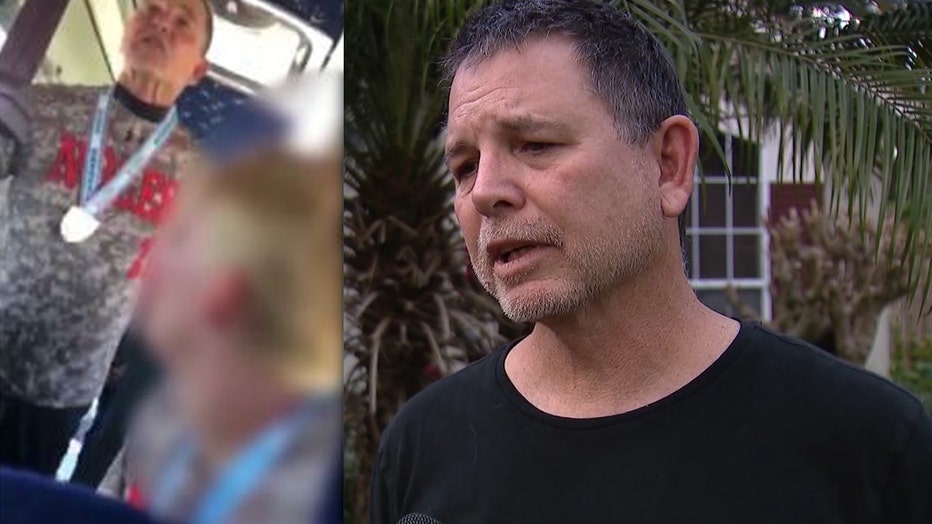 Kenne Brown lost his job as the Seminole High School baseball coach after a video showed him giving a cursed-word laden speech after the school's team won the state championships last June. While Brown continued to teach at the school, he was removed from his position as the school's baseball coach and suspended for five days without pay.

"You showed up. You [expletive] played the game," Brown said in the video. "We got this [expletive] right here. No one else has it. It’s [expletive] ours."

A controversial video cost a state championship-winning baseball coach his job, but now there's an effort underway to get that coach his job back.&nbsp;

Following the decision to suspend and fire Brown, alumni and parents started a Change.org petition to have him reinstated as the school's baseball coach.

"He is so much more than a few seconds of cursing. We feel like it’s been a crime. It is so unfortunate. It’s heartbreaking," said Cara Collins Glazar, whose three sons play on the team.

FOX 35 News spoke with Brown at his home on Monday. He apologized for his language and stated that the video does not define him as a man, coach, or leader.

Then on Tuesday morning, not even a day after Brown's exclusive interview with FOX 35, the principal at Seminole High School announced that Brown has been reinstated as the school's baseball coach.

“After careful consideration and a review of all the facts surrounding the entire baseball decision, I have determined that the five-day suspension without pay and being relieved from his baseball duties to date is appropriate consequence for these acts," Dr. Jordan Rodriguez, the Principal at Seminole High School, said. "As a result, I have made the decision to reinstate Coach Kenne Brown to his position effectively immediately. Moving forward, Coach Brown has been directed to model his behavior that is in line with the high standards of Seminole County Public Schools.”