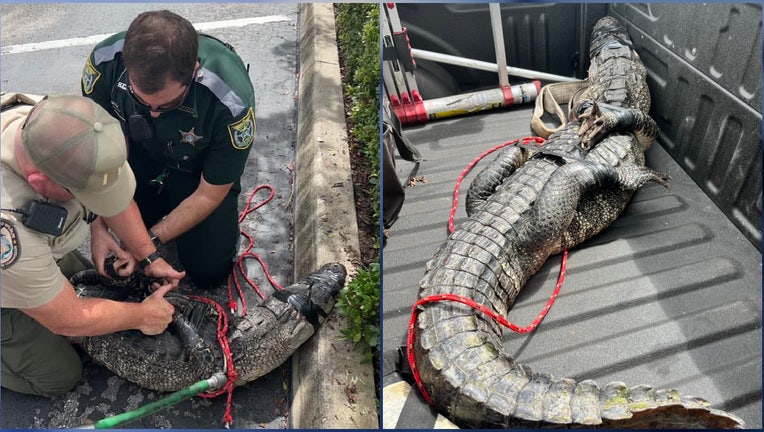 The Hernando County Sheriff's Office said they were called to the fast food chain's Commercial Way location after the gator was spotted "loitering" in Spring Hill.

Photos shared on social media appear to show the reptile resisting arrest as crews worked to wrangle the alligator.

Deputies along with the Florida Fish and Wildlife Conservation Commission (FWC) eventually were able to capture the gator.

Residents concerned about a gator that could pose a threat to people, pets or property, are encouraged to call the FWC's Nuisance Alligator Hotline at 866-FWC-GATOR (866-392-4286) to report it.

Officials will reportedly send an alligator trapper to the area to resolve the situation.