The roof of a century-old Orlando church collapsed on Thursday. The Black Bottom House of Prayer in Parramore was undergoing a restoration effort.

ORLANDO, Fla. - Orlando police officers were keeping everyone well away from the damaged Black Bottom House of Prayer church in the Parramore neighborhood – the roof collapsed Thursday morning.

Firefighters say even the slightest thing could bring down the rest of the building. The roof collapsed around ten-thirty in the morning, trapping one person inside.

“Fortunately only one person home and he was able to be quickly removed without injury,” said Orlando Fire District Chief Bryan Davis.

Church owner, Pastor Dana Jackson was left devastated. She had bought the church knowing it had structural damage in 2015, after her son's murder. 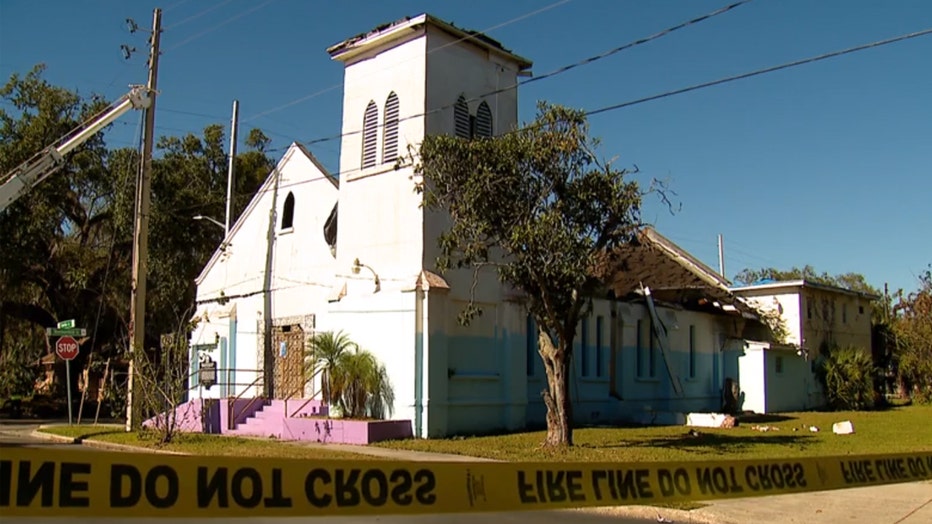 “It was my grieving project,” she explained, “so the tears you see today is, you know, my work!”

Jackson had been trying to raise money to restore the church, before this tragedy.

“We've been working hard trying to make it happen and get the community involved and this has been a tragedy today, but all is not lost,” she said.

“We have some structural engineers coming out and a qualified demolition team to raise the roof and remove some of the pressure from the walls,” said Orlando District Commissioner Regina Hill.

Jackson said she was looking to scripture for the strength to move forward. “My faith is the same that Nehemiah had, I won't come down, won't stop working. I must rebuild.”

Commissioner Hill said they were looking to get the church on a national historic register so they could use federal money to restore it.