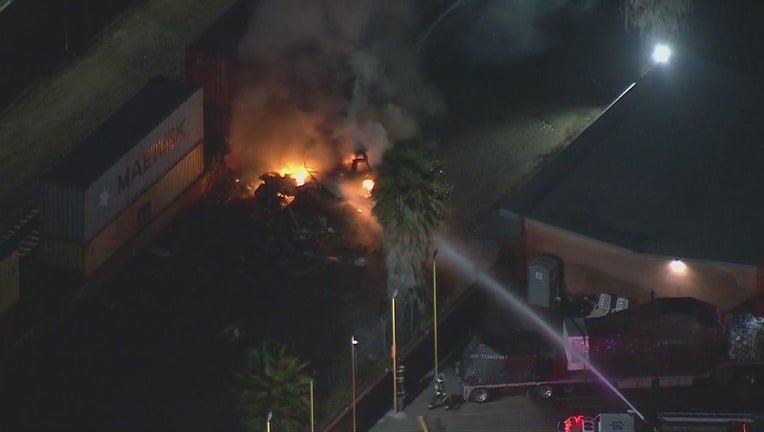 SANTA FE SPRINGS, Calif. - A vehicle erupted in flames after it was struck by a Metrolink train on its tracks in Santa Fe Springs on Friday morning, authorities said.

Passengers who were on board the Metrolink train when it crashed into a vehicle describe their experience.

The OC Line 681 was headed toward Union Station in downtown Los Angeles when the crash occurred at the intersection of Rosecrans and Marquardt avenues just after 6 a.m.

"I had my headphones on, so I didn't hear anything, but there was a big bump before the train stopped completely and people were rattled. The lights went out for about 30 seconds or so. We all started looking outside the window and saw debris on the track," a passenger aboard the train when it crashed told FOX 11.

All tracks between Buena Park and Norwalk Santa Fe Springs were closed until further notice. Metrolink apologized to passengers for the inconvenience as a result of the fiery crash. 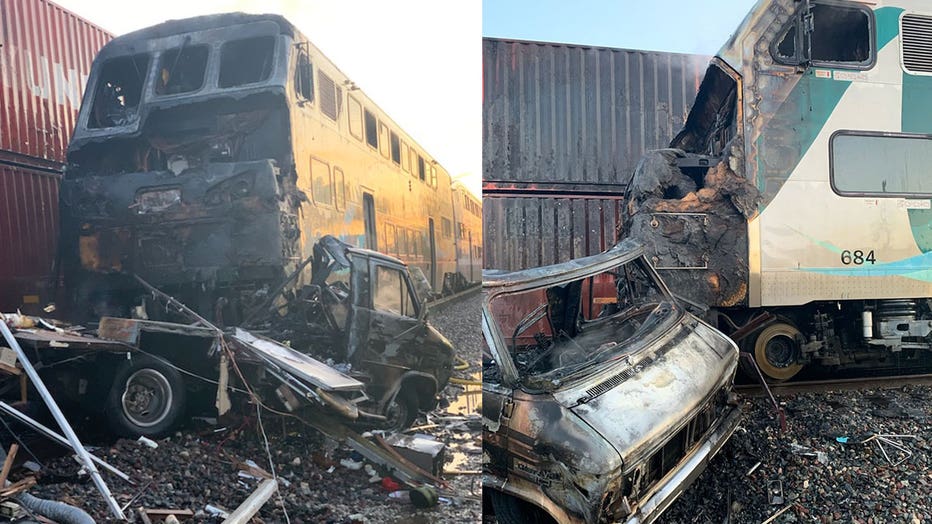 Officials said 300 people were aboard the train and were evacuated safely. Buses were deployed to transport passengers to an alternative station.

The RV was abandoned at the time of the crash and four passengers sustained minor injuries. They were treated and released, officials said.

Fire erupts after Metrolink trains collides with a motorhome

A motorcade erupted in flames after it was struck by a Metrolink train on its tracks in Santa Fe Springs on Friday morning, authorities said.

• IEOC Line 811 to Laguna Niguel is canceled for Friday's passengers and could board train 707, which was operating with a 15 minute delay