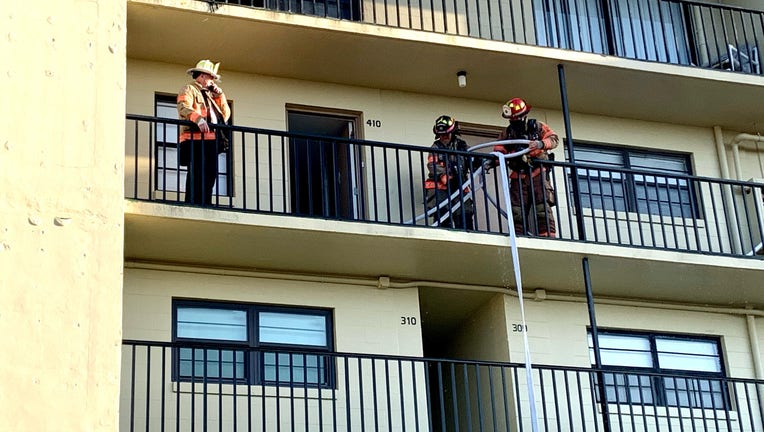 DAYTONA BEACH, Fla. - Daytona Beach firefighters said two people were able to get out of a condominium complex when a fire broke out on Saturday.

Firefighters responded to a fire at the Vantage Point condos, located on North Atlantic Avenue in Daytona Beach, just before 6 p.m.

Officials said large flames were seen coming from a top floor balcony of one of the buildings.

Firefighters said they were able to get control of the fire and contain it to its original area.

Officials said two people were home at the time but were able to get out on their own and were not injured.

Firefighters said they are working to determine the cause of the fire.