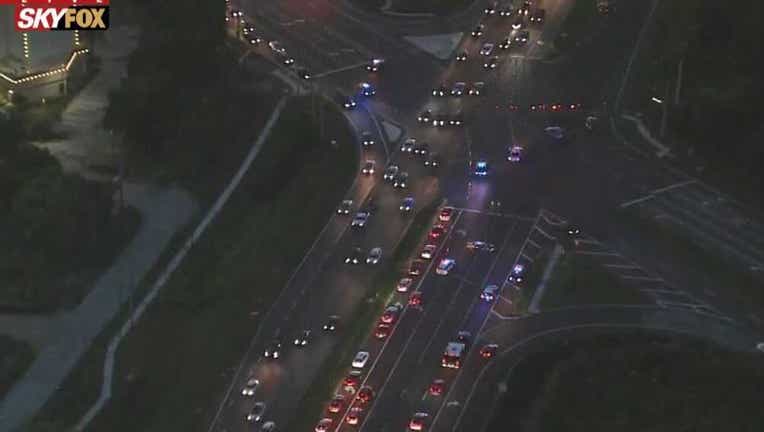 According to FHP, the 53-year-old victim had parked his car on the northwest corner of the intersection after running out of gas just before 4 a.m.

As he attempted to cross the intersection, he was hit by a 32-year-old driver.

The man was taken to the hospital but later died. The other driver did not suffer any injuries.