WILDWOOD, Fla. - A man has been arrested on DUI charges following a fatal crash that killed a 32-year-old man and injured his passengers, including a child, on I-75 in Sumter County on Thursday morning.

Law enforcement is investigating the scene at mile marker 323 in Wildwood.

According to the Florida Highway Patrol (FHP), around 2:45 a.m., a driver was traveling southbound on I-75 and collided with a trailer being towed by the victim. The impact reportedly caused the victim to collide with the guardrail and overturned. The victim was killed in the crash.

The victim's passengers – a man, a female, and a 12-year-old child – suffered serious injuries. 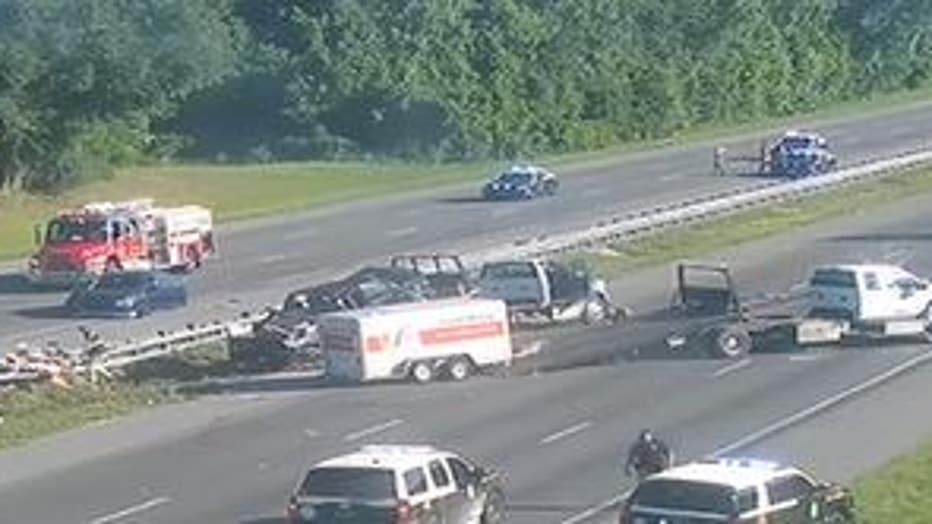 The southbound lanes of I-75 are shut down while the crash is being investigated.