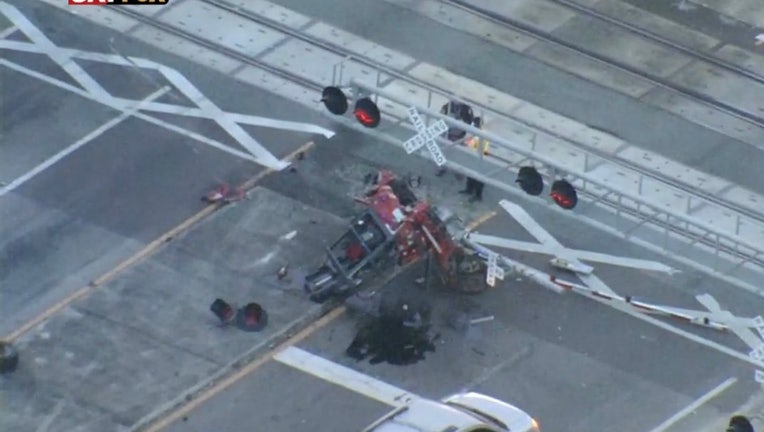 ORLANDO, Fla. - An accident involving a SunRail train, a semi truck, and two cars has delayed one of the commuter trains on Wednesday morning.

The incident happened at Orange Ave. at the train tracks near Wetherbee Rd.

According to FHP, the semi hauling a forklift was crossing the tracks when an unknown vehicle cut in front of it, preventing the semi from clearing the tracks.

The semi was struck from behind and debris hit two SUV's near the tracks.

FHP says there are no injuries. The people on the train were transported by bus to another train station.

All other trains are on time.