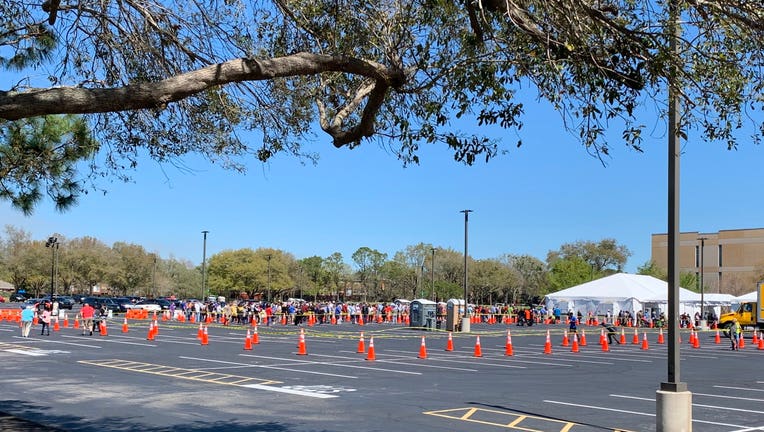 ORLANDO, Fla. - The Florida Department of Emergency of Management announced Friday that the four federally-supported vaccination sites in the state will transition to the one-dose Johnson & Johnson vaccine starting on Tuesday.

After Monday, the first dose of the Pfizer vaccine will no longer be offered at the four sites in Orlando, Jacksonville, Tampa and Miami.

Officials say the four sites are expected to administer up to 3,000 single-dose Johnson & Johnson vaccines per day, per site.

Everyone who received their first dose of the Pfizer vaccine at the federal sites is guaranteed to receive their second dose at the site they went to, according to emergency management officials.