Picking the healthiest pet food can be tricky, with lots of marketing claims and ingredients to sort through.

Lately, he says, they've been asking what to feed their dogs.

This, after the Food and Drug Administration began warning of a possible link between popular grain-free dog foods high in certain ingredients and a serious heart condition known as dilated cardiomyopathy.

"It's a heart condition in which the chambers of the heart get so big, they're not really effective anymore at pumping the blood to the body," Younker says.  "Some of these case were actually reversed when the dog was placed on a more conventional diet." 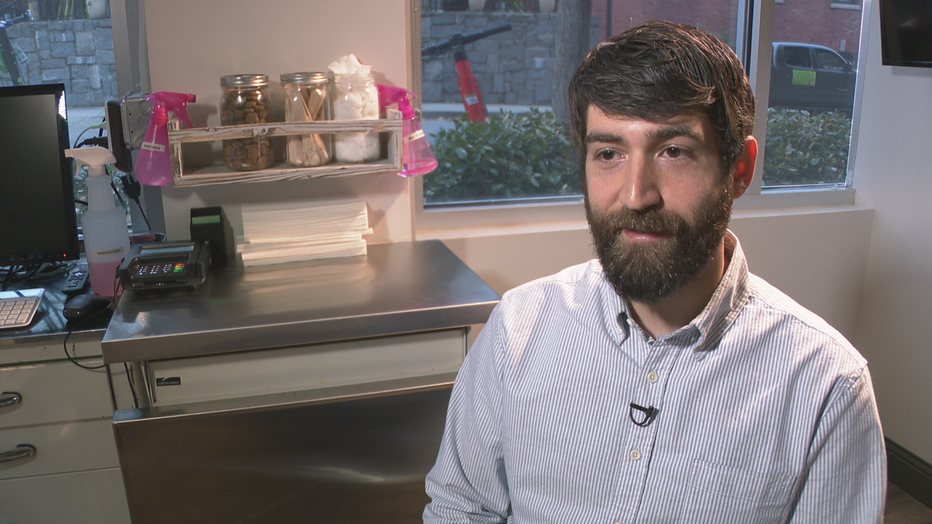 As of April of 2019, the FDA had received 560 reports about dogs who have developed dilated cardiomyopathy after being on diets with high concentrations of ingredients like peas, chickpeas, lentils and different types of potatoes.

"One of the scariest things about cardiomyopathy is one of its main symptoms is sudden death," Younker says.  "So, there is a lot of thought from veterinarians and veterinary cardiologists that many cases are going unreported, just because the threshold to get into some of these studies is quite high."

In its warning, the FDA says dilated cardiomyopathy isn't rare in dogs.

Yet, many of those affected were not breeds considered genetically vulnerable to this type of heart disease.

The FDA warning lists 15 food brands the dogs were eating, and the most common breeds sickened.

At the top of the list are golden retrievers, followed by mixed breeds, labs, Great Danes and pit bulls.

So, what should we be feeding our dogs?

"So, first thing, you should talk to your vet," Younker says.

He recommends checking the FDA's warning to see if the brand you're feeding your dog is one of those listed.

"Then, with that information, I would go talk to your veterinarian and see what they say," Younker says.