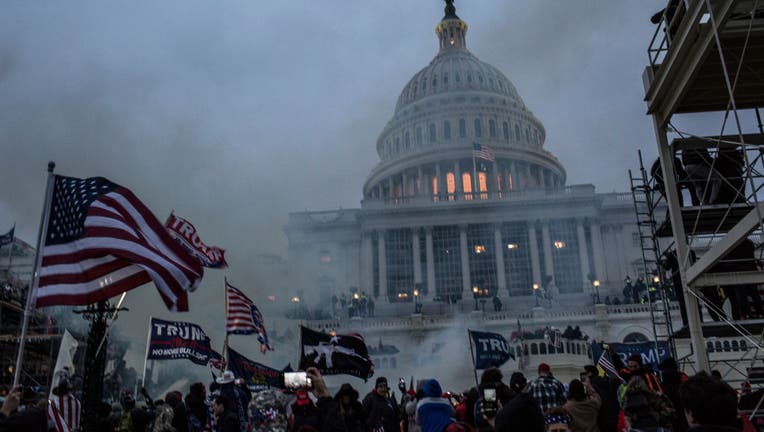 WASHINGTON D.C. - The FBI Jacksonville said that they have arrested two men from North Florida for participating in the U.S. Capitol riot on January 6th in Washington D.C.

They said that Bradley Weeks of Macclenny, Florida was arrested for Knowingly Entering or Remaining in any Restricted Building or Grounds Without Lawful Authority and Violent Entry and Disorderly Conduct on Capitol Grounds.

"The arrest of Bradley Weeks is yet another example of the FBI’s commitment to hold accountable those who seek to incite violence or wreak havoc on our established institutions," the FBI Jacksonville said. They intend to continue searching for those who participated in the riot.

The FBI Jacksonville said that they also arrested a Pensacola man, Jesus Rivera, for his role in the U.S. Capitol riot on January 6th.

He was charged with Knowingly Entering or Remaining in any Restricted Building or Grounds Without Lawful Authority;  Knowingly, with Intent to Impede Government Business or Official Functions, Engaging; Engaging in Disorderly Conduct on Capitol Grounds; Engaging in Disorderly or Disruptive Conduct on Capitol Buildings or Grounds; and Parading, Demonstrating, or Picketing in the Capitol Buildings.

MORE NEWS: Biden signs 10 executive orders on pandemic, warns things will ‘get worse before they get better’

"The FBI respects the rights of individuals to peacefully exercise their First Amendment rights, but we will not tolerate those who seek to incite violence or wreak havoc on our established institutions," said Rachel L. Rojas, special agent in charge of the FBI Jacksonville Division. "We will continue to hold accountable those who were responsible the violent actions at the U.S. Capitol, and coordinate with our federal, state, and local partners to ensure safety in all North Florida communities in the future."

Those who may know anything about the individuals who incited or promoted violence of any kind during the siege to 1-800-CALL-FBI or www.fbi.gov/USCapitol.