NEW YORK - A new book will teach children all about the life of Dr. Anthony Fauci, the nation’s top infectious disease expert and a key figure in the public’s fight to stem the COVID-19 pandemic.

"Dr. Fauci: How a Boy from Brooklyn Became America's Doctor," written by Kate Messner and illustrated by Alexandra Bye, will be released June 29 by Simon and Schuster Children's Publishing. Described as the "definitive picture book biography" of Fauci, it chronicles his early life in Brooklyn, New York, and his time in medical school. It also details his career over the past five decades as he tackled some of the biggest public health challenges while serving under many U.S. presidents.

The children’s book draws from interviews Messner conducted with Fauci, the publisher said.

It also features a timeline of Fauci’s life, other recommended reads for kids, a full spread of facts about vaccines and how they work, as well as Fauci’s own tips for future scientists.

"Before he was Dr. Fauci, director of the National Institute of Allergy and Infectious Diseases, Anthony Fauci was a curious boy in Brooklyn, delivering prescriptions from his father’s pharmacy on his blue Schwinn bicycle," the book description reads. "His father and immigrant grandfather taught Anthony to ask questions, consider all the data, and never give up—and Anthony’s ability to stay curious and to communicate with people would serve him his entire life." 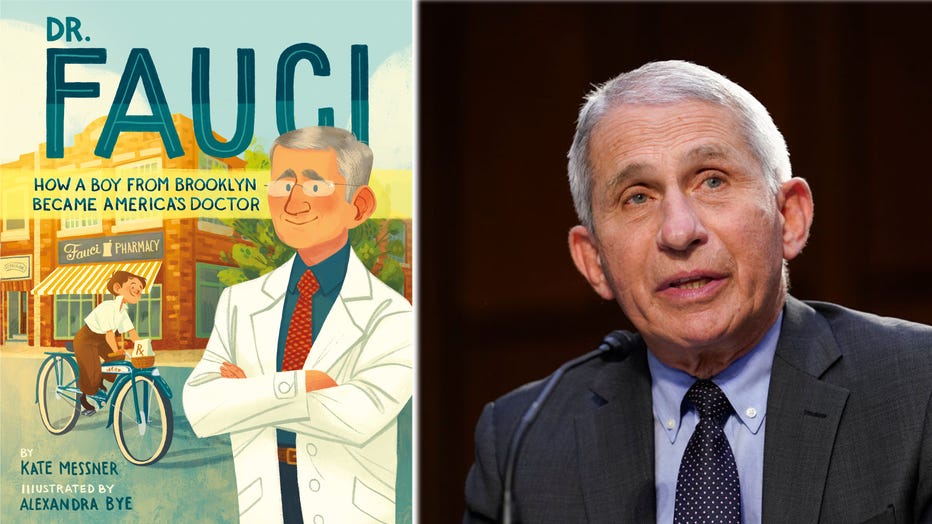 Since 1984, Fauci has served as the director of the National Institute of Allergy and Infectious Diseases, a medical research organization that is part of the larger National Institutes of Health (NIH). He has a long career of fighting infectious disease outbreaks, including HIV/AIDS, H1N1 influenza, severe acute respiratory syndrome (SARS), West Nile, Ebola and Zika viruses.

A program for an award he won in 1989 details some of Fauci’s earlier life and career experiences. Fauci worked as a construction laborer for four summers prior to medical school, and said the experience helped him to understand what a "lot of people need to do to make a living."

While at Cornell Medical School in the mid-1960s, he became quickly "fascinated with immunology," which was in its very early stages of development at the time.

Fauci joined the NIH after medical school, earning a reputation as a skilled researcher with a strong bedside manner. His work in the 1980s to help treat those suffering from the growing HIV/AIDS epidemic thrust the doctor into the limelight. He has advised six presidents on public health matters and now serves as chief medical adviser under the Biden administration.

In the face of the COVID-19 pandemic, Fauci’s leading voice for adherence to social-distancing measures to slow the spread of the virus has made him a household name.

Dr. Anthony Fauci received the first dose of the Moderna COVID-19 vaccine on Dec. 22, stating he hopes it serves as a symbol to Americans about the shot's safety and efficacy.

Fauci, who turned 80 in December, told the Washington Post that he had worked every day since January 2020 focused on fighting the pandemic. He added that his days as a young doctor working night shifts at a big New York City hospital have helped him deal with the demands of his job years later.