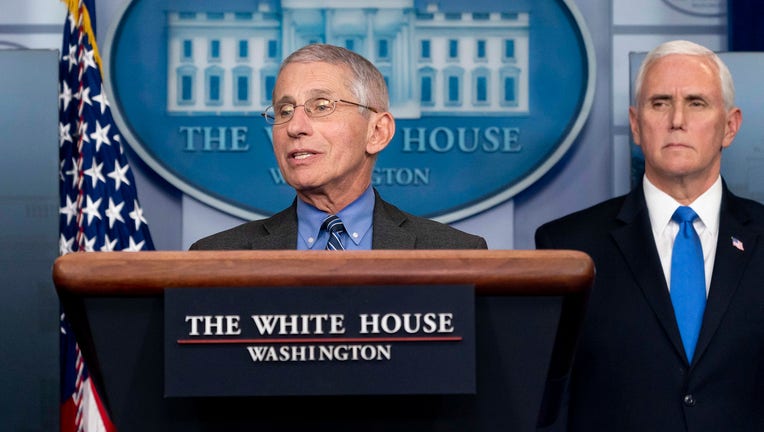 Photo by The White House

WASHINGTON D.C. - Dr.  Anthony Fauci, the head of the National Institute of Allergy and Infectious Diseases, said in an interview Sunday that he “can’t guarantee” that it will be safe to physically vote at polls in November due to coronavirus.

“I hope so, Jake,” he said, in an interview on CNN with Jake Tapper. “I can’t guarantee it.”

President Trump has spoken out unfavorably against mail-in ballots and there was a dramatic clash last week in Wisconsin that pitted Republicans in the state legislature and state Supreme Court against many Democrats nationwide.

Michael McDonald, a political scientist at the University of Florida, told NPR that Wisconsin could prove to be a “canary in a coal mine” for November.

The report pointed out that these kinds of ballots are growing in popularity. About one in four ballots in 2018 were by mail. Patrick Ruffini, a partner at a Republican polling firm, told NPR that mail-in voting does not appear to favor any political party. He said there “hasn’t been strong evidence that a wholesale shift to voting by mail does cause a state to move more Democratic or more Republican.

He told NPR that the devil “is truly in the details,” and pointed out that other factors may play a role. He pointed out that some states mail out these ballots to all registered voters while some require ballot requests. The report said to prepare for a legal fight.

Trump then suggested that “you get thousands and thousands of people sitting in someone's living room signing ballots all over the place…I think that mail-in voting is a terrible thing.” The president didn’t offer any evidence to back up his claim that voting by mail is rampant with fraud and abuse.

“It shouldn’t be mail-in voting," Trump added. "It should be: you go to a booth and you proudly display yourself. You don’t send it in the mail where people can pick up. All sorts of bad things can happen … by the time it gets in and is tabulated."

Fauci told CNN that he did not want to sound “pessimistic.”

“There is always the possibility, as we get into next fall and the beginning of early winter, that we could see a rebound,” he said.