COCOA, Fla. (WOFL FOX 35) - Family members comforted each other after a gut-wrenching afternoon inside the Stone Funeral Home in Cocoa.  They were here to see the body of their loved one, 25-year-old Clarence Howard, a father of three who was shot to death on Father's Day.

The Brevard County Sheriff's Office says at 11:15 on Sunday morning, Howard was riding in the passenger seat of a Honda Civic driven by his brother in law.  Also on the road at that same time, was an off-duty deputy, Yousef Hafza.

According to the Sheriff's Office, the two men became engaged in a road rage incident. The vehicles came to a stop, and the off -uty deputy drew his firearm and shot Howard, at least once in the chest, according to emergency radio transmissions.

"There is an element of self defense in this," said Brevard County Sheriff Wayne Ivey, "but we just don't have all the pieces yet.

What happened next is baffling: the 11-year law enforcement veteran left the scene. Minutes later, two calls came into 911. The first was from Howard's brother-in-law; the second from Deputy Hafza.

"You never leave the scene of a crime," said retired police officer Larry Carter, "especially when you are involved."

Carter has 31 years of law enforcement experience, and he spent five of those as the director of Brevard's Law Enforcement academy. He says an officer's duty after a shooting is to secure the scene and render first aid.

"I can't think of too many reasons why an officer would have to leave the scene," said Carter, who added one exception; "other than his own personal safety. We don't know in this case. But we will just have to wait for the investigation."

Hafza was placed on paid administrative leave, which is common in cases like this. 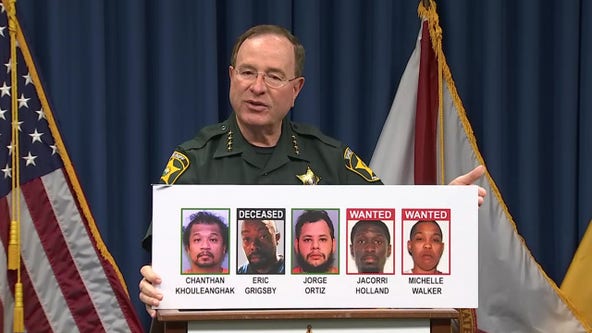