The Florida National Guard did a flyover in Orlando on Wednesday to honor healthcare workers and first responders working on the frontlines during the coronavirus pandemic.

ORLANDO, Fla. - The Florida National Guard did a flyover in Orlando on Wednesday to honor healthcare workers and first responders working on the frontlines during the coronavirus pandemic.

Two F-15C jets from the Guard’s 125th Fighter Wing in Jacksonville flew across the region starting over Apopka High School.

They made several flyovers until just before noon, with the last one at 11:49 a.m. above South Lake Hospital.

"It’s been a pleasure to be able to come down and serve the community," said Master Sergeant Adam Gilhousen. "We know it’s a much needed mission, and we’re happy to come and serve so everyone feels safe and secure."

RELATED: Ride in the cockpit of a Blue Angels jet during Florida salute to frontline workers

Around 300 members of the Florida National Guard from around the state are in Central Florida for the pandemic.

"We’ve been running the tests sites. We do have several missions throughout the state, food pantries," Gilhousen added.

| CAN'T GET OUTSIDE? WATCH THE FLYOVER LIVE HERE |

That’s not all. Come June 1, they will be facing hurricane season.

"Whether we’re doing pandemic stuff or hurricane duty or working on aircraft deploying, whatever it is we’re required to do, we raised our right hand and we swore to that oath and that’s what we want to do," Gilhousen explained. 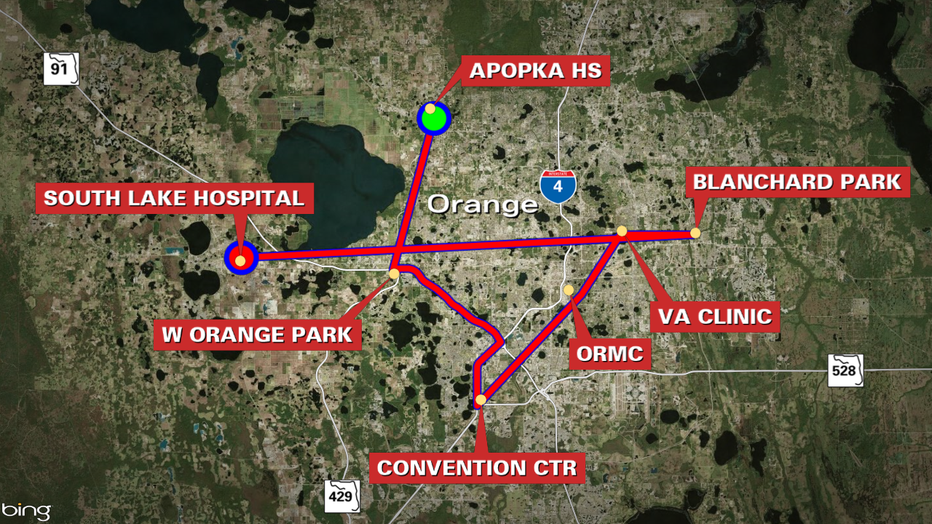 "Let them know we are here to help and that we support everybody who’s part of this -- nurses, healthcare providers, anybody who’s out here to support and to let the community know that we are here thinking about them and they’re not forgotten."

The U.S. Navy's Blue Angels and their Air Force counterparts, the Thunderbirds, recently flew over Jacksonville and Miami to celebrate the work that frontline workers are doing during the pandemic. 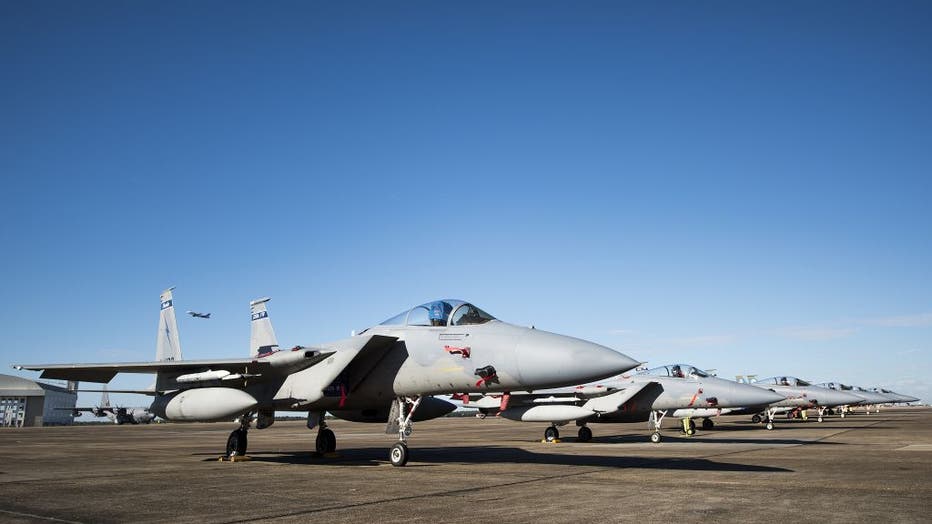