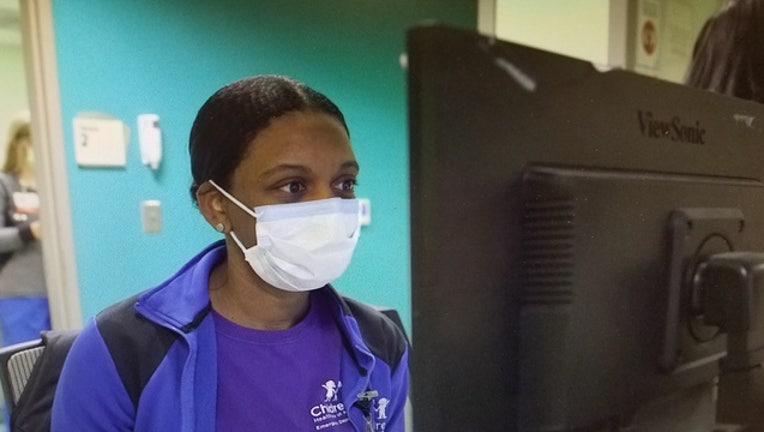 “It’s the very basic primary health care that I value the greatest,” said Pigman, an emergency medicine physician. “I mean, as much as I love our medical specialists ... I think it’s the basic care for folks with high blood pressure and folks with diabetes, the basic care of those people, which results in the greatest benefit to our society, from disease reduction, injury reduction, saving limbs, avoiding the need for those expensive interventionalists later on.”

Pigman’s bill, filed for the upcoming 2020 legislative session, would build on that and allow certain advanced practice registered nurses to practice without written agreements with supervisory physicians.

To qualify, the nurses would need to have completed a graduate-level course in pharmacology and have 2,000 hours of supervised practice in the preceding two years.

In short, the advanced practice registered nurses would be able, like physicians, to admit, manage and discharge patients at hospitals and other facilities, as well as prescribe medication, write orders and sign and certify documents such as death certificates.

Mai Kung is an advanced practice registered nurse with a doctor of nursing practice degree. She has practiced for 30 years and is on the faculty at the Florida State University College of Nursing, where she teaches nursing doctoral students.

“With my experience and education, it is sad for me to say in order for me to practice and take care of patients I have to have a supervising physician. This physician can be a newly licensed physician or a dentist,” she told the House Health Quality Subcommittee. “My goal has always been trying to be the best nurse practitioner or nurse I can possibly be. To take care of my patients. However, I realized that no amount of education, experience or expertise can help me take care of my patients unless laws and regulations authorize me to do so.”

The bill, approved by the House panel in a 14-1 vote, also would allow physician assistants to practice independently from physicians, though they wouldn’t have the broad authority that the nurses would have.

Pigman told the committee that he has been working on the proposal since 2014 when he joined forces with Oliva, R-Miami Lakes, to try to pass the change.

“This effort has come to define why I am in the Legislature,” said Pigman who will leave the House next fall because of term limits.

Pigman also downplayed educational differences between physicians and advanced practice registered nurses, noting that there is a “great misconception” that advanced nurses aren’t as well educated.

Pigman said he spent 11 years in schools and residencies before practicing on his own.

To qualify to work independently under the bill, Pigman estimated that an advanced practice registered nurse could have as many as 10 years of college and work experience.

“Think about that the next time someone tells you the difference in training,” Pigman said.

While the issue has received support in the House, the Senate in the past has been unwilling to go along amid opposition from physician groups. Physicians --- and those who represent them --- came out in force against the measure on Wednesday.

Jacksonville surgeon and osteopathic physician Mark Dobbertien, who practiced in Florida since 1992, testified against the bill on behalf of the Florida Osteopathic Medical Association.

“Even after practicing for 27 years in Florida, I remain convinced and humbled that the practice of medicine, both diagnostically and treatment-wise, requires an incredible skill set to get to the right or proper and expected health care outcomes for Florida patients,” he told the House panel. “In the long run, we are all seeking what’s best for the patient. And what’s in the best interest of the patient is to ensure that a physician remains leader of the health care team.”

“You have and you will hear a lot from physicians about physicians. From nurses about nurses, from (physician assistants). But I want to bring this discussion back to the patient. Essentially, the patient expects and deserves that there will be a physician at least as part of their health care team,” Nuland said. “As a result of this bill, were it to be enacted, you would allow for the exclusion of the physician from that health care team.”

Rep. Richard Stark, a Weston Democrat who was the only subcommittee member to vote against the bill, said he worries expanding the scope of practice could lower the quality of health care that people access, an idea he acknowledged could be old-fashioned.

“I’m going to have to be …  the dinosaur on this, but I just can’t vote on a bill that’s going to take away the doctors being in control,” he said.