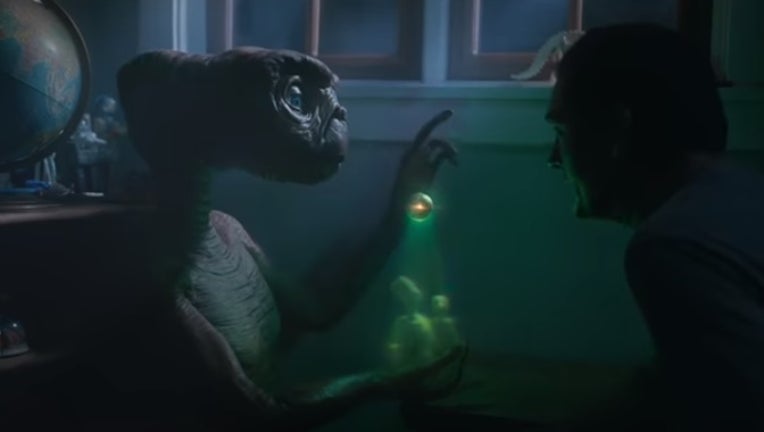 FOX NEWS - It took 37 years and a lot of miles, but E.T., the lovable extraterrestrial creature that helped launch Steven Spielberg’s rise to stardom, finally reunited with Elliott — albeit in a heartwarming holiday commercial for telecom company Xfinity.

In the four-plus-minute ad, E.T. comes to visit a grown-up Elliott – played by original child actor Henry Thomas – to learn about snow and tablets.

By using a montage sequence, the alien is surprised by VR goggles and even goes sledding with Elliott’s children. The whole crew also recreates the scene from the movie where they fly past the moon on their bicycles.

Once again, using a bit of the original movie, when it comes time for E.T. to leave Earth, he recreates a moment from the original film with Elliott’s son.

The commercial first aired during the Macy’s Thanksgiving Day Parade with shorter versions running during the NFL games and airings of the 1982 classic on the Syfy network.